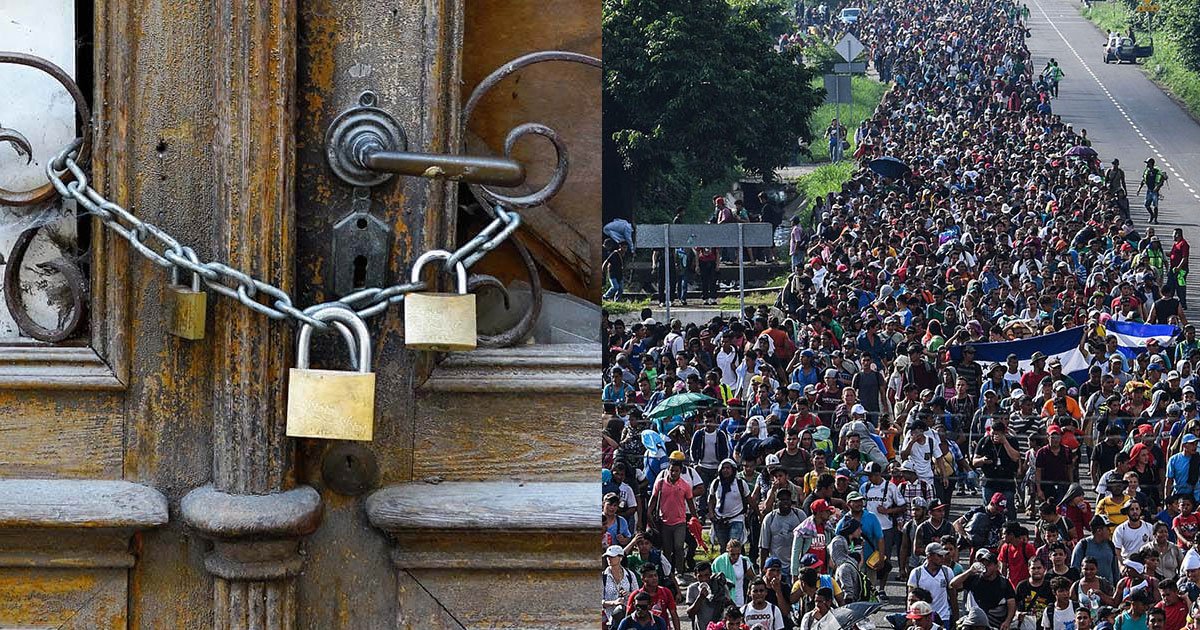 The USCCB has devolved into nothing more than a Leftist NGO.

Over the course of the coronavirus pandemic, nearly every diocese in the United States locked the doors of its parishes.  Some bishops even forbid parking lot Masses and the administration of Last Rites to Catholics who laid dying in hospital beds.

But when it comes to their sacred cow of immigration, the U.S. bishops oppose ANY rational restrictions.

On April 23, President Trump signed a common-sense measure temporarily restricting immigration into the United States for the next 60 days.

It took the USCCB less than 24 hours to respond with their disdain.  Led by Archbishop Jose Gomez, the USCCB’s president, the organization issued the following statement:

The President’s action threatens to fuel polarization and animosity. While we welcome efforts to ensure that all Americans are recognized for the dignity of their work, the global crisis caused by COVID-19 demands unity and the creativity of love, not more division and the indifference of a throw-away mentality.

Got that?  Its okay to shutter every parish in the United States in the name of ‘safety’ but don’t you dare touch our immigration pipeline.

When an organization’s actions appear to defy logic, follow the money.  Since 2008, the United States Conference of Catholic Bishops (USCCB) have received a whopping $750 million in federal money to resettle immigrants.  Trump’s action, even though its scheduled to last only 60 days, apparently poses a threat to the USCCB’s cash cow.

Compare the Bishops’ rapid response to the temporary immigration ban to that of the revelation that coronavirus vaccines are being developed with aborted children. On April 10, we launched an online petition urging Bishops to respond to evidence that vaccines were being developed using aborted baby cells and tissues.  Despite thousands of petitions being sent to the Bishops, the USCCB did not issue an official response until April 17.  Even a group of 130+ members of Congress beat the Bishops to the punch. And it appears the Archbishop Gomez could not even find the time to be one of the signatures on the letter.

7 days versus 24 hours – any questions regarding the Bishops’ priorities?

Let’s face it, the United States Conference of Catholic Bishops has devolved to into nothing more than a Leftist Non-Government Organization (NGO) and should be immediately disbanded.  If you agree, please send a message to your bishop.  Then share this post using the hashtag #DISBANDtheUSCCB by clicking on one of the social media buttons on the bottom of this page.