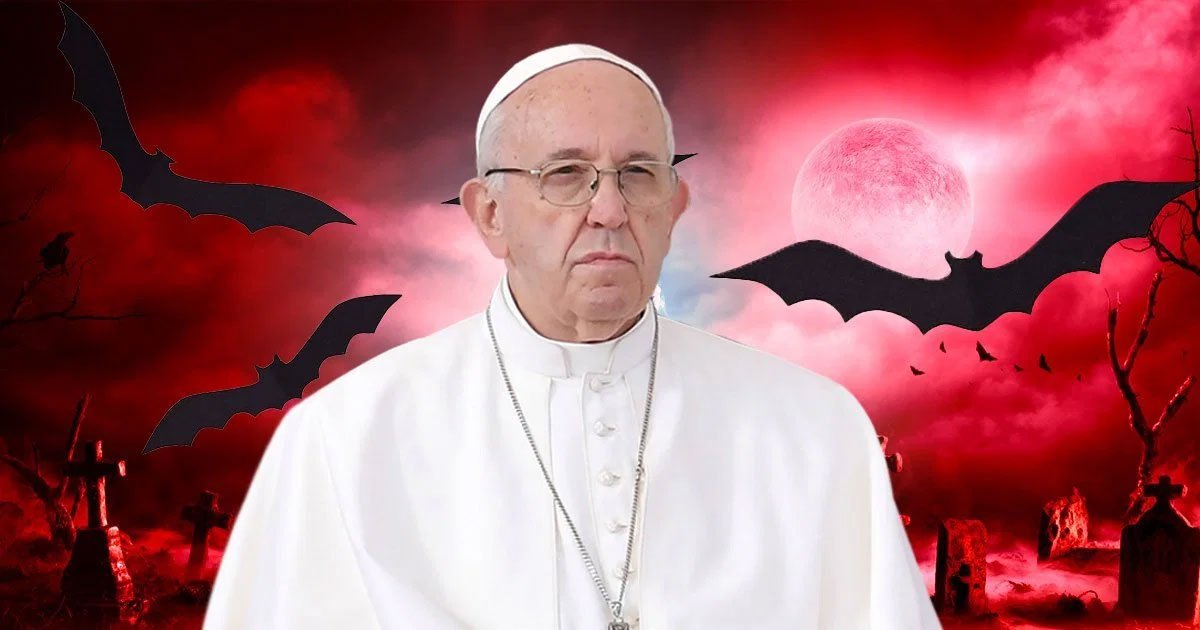 The head of the Catholic Church this week compared people living sinful lives to bats, as the nocturnal creatures ‘can move about only at night’. His message, delivered via video link from Casa Santa Marta, in Vatican City, has not pleased one particular bat fan who attempted to school the Pontiff on Twitter. Twitter account Give Bats A Break – which aims to ‘promote appreciation for, education in, and conservation of bats’ – explained in a thread why the Pope may have been looking at the animals in the wrong way.

In his sermon – which was tweeted out on the official Pope Francis Twitter page – he said: ‘When we are in a state of sin, we are like “human bats” who can move about only at night. ‘We find it easier to live in darkness because the light reveals to us what we do not want to see. But then our eyes grow accustomed to darkness and we no longer recognise the light.’