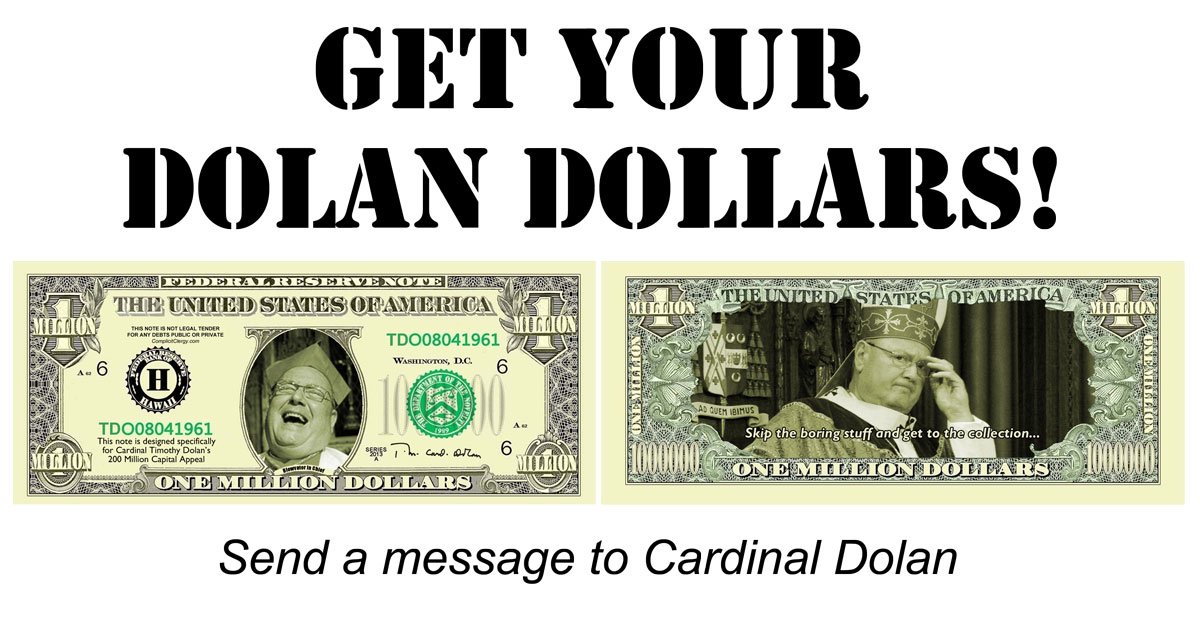 Cardinal Timothy Dolan was recently caught on a hot during the prayers of the faithful at Easter Mass:

“I thought we were skipping these boring things.”

This is just the latest in a long series of incidents exposing the true nature of Cardinal Dolan, including:

Cardinal Dolan has just wrapped-up a $200 million appeal in his Archdiocese.  Those who pledged to the campaign should seriously consider paying their commitment using Dolan Dollars.