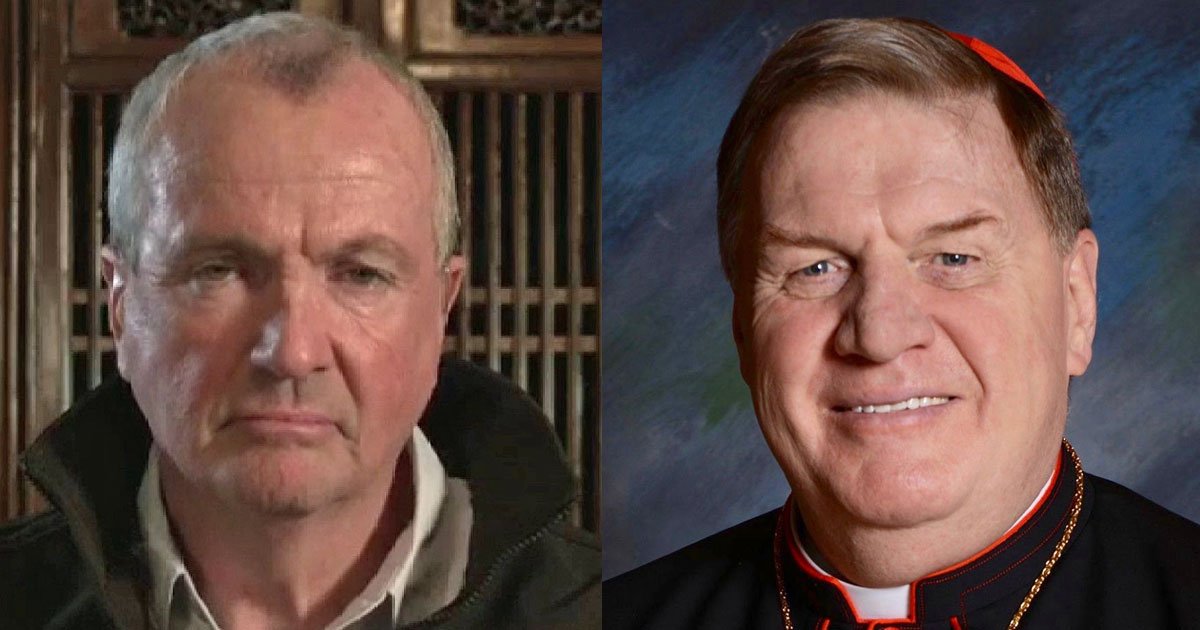 Democratic New Jersey Governor Phil Murphy revealed in an April 15 interview with Tucker Carlson that he worked closely with Pope-Francis appointed Cardinal Joseph Tobin to make sure priests were not dispensing the sacraments due to the coronavirus.

Murphy explained how he “called up” the Cardinal, who is Archbishop of Newark, when the coronavirus pandemic first made its effects felt in mid-March.

“I said, listen, I’m really concerned about drive-through Holy Communion because we had heard some stories about priests who unwittingly had the virus and unwittingly passed it on to parishioners,” Murphy recounted.

Murphy made his remarks in the context of talking about having to confer with attorneys for everything, but how he was able to simply and unbureaucratically “call up” the Cardinal.

According to Murphy, Tobin declared: “We’re not doing that. I promise you. And I’ll confirm that with my fellow bishops.”