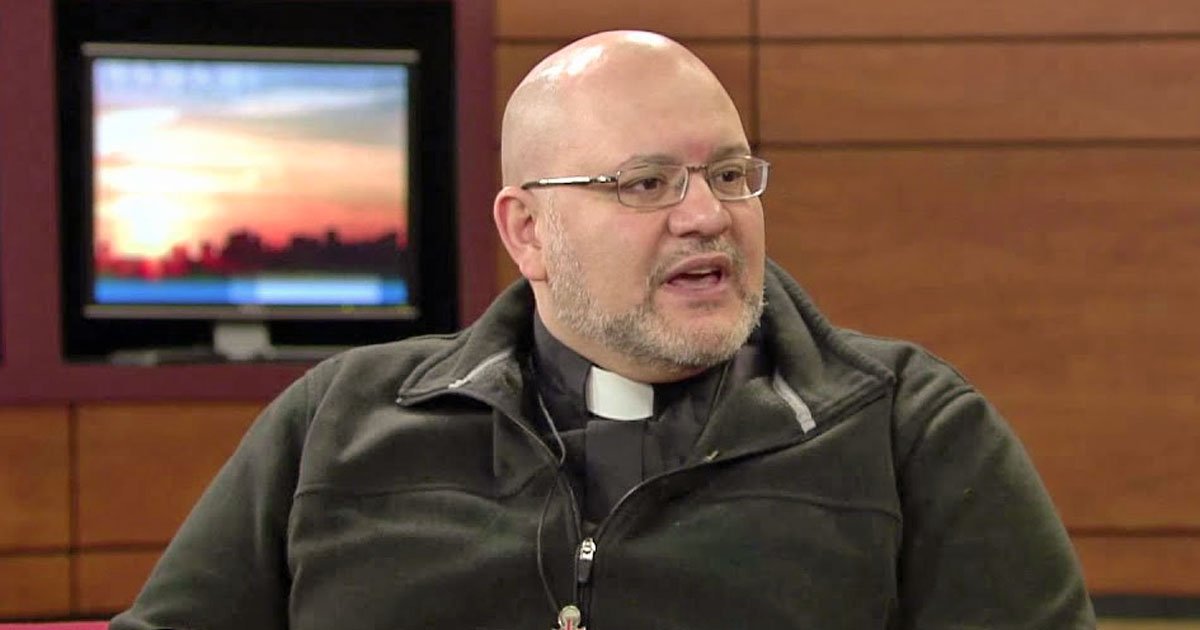 Father Carlos Martins is a priest with the Companions of the Cross, a religious community with the charism and mission of evangelization. A convert from atheism, he discovered Jesus Christ and the Christian faith while he was an undergraduate. He currently serves as the regional coordinator of evangelization for the Archdiocese of Detroit. He travels internationally as an itinerant preacher.

On April 9, Fr. Martins posted the following on Twitter.

This is a difficult reflection to write. I apologize in advance for the length. But I think that every word is necessary. My hope is to give the people of God, and especially the clergy, some understanding as to why I believe the COVID-19 pandemic is happening.

In a word, we are experiencing a divine chastisement for idolatries. I fear more is to come.

FACT 1:
We all know that during the Amazon Synod last fall, the Pope permitted pagan ceremonies in the Vatican Gardens with a Pachamama statue. Pachamama is an idol within the pagan Amazonian mythology … specifically, a fertility goddess who (allegedly) sustains all life on earth (I’m not kidding … just Google it). However, at the Mass to close the Amazon Synod (Oct. 27, 2019) the Pope received a bowl with soil and plants during the offertory from an indigenous woman. In the Amazon, such bowls are synonymous with the Pachamama deity, symbolizing her status as Mother Earth (again, just Google “Pachamama” and “bowl”). The Pope instructed his Master of Ceremonies (Monsignor Guido Marini) to place the bowl on the high altar within the Basilica of St. Peter. Neither plants, nor any other object, save what is needed to celebrate Mass, is EVER PERMITTED TO BE PLACED ON AN ALTAR. This has been the constant practice of the Church for 2,000 years, and is the Vatican’s own directive. The video is here: https://www.youtube.com/watch?v=T1ud3rCiFog (from the entrance hymn the indigenous women–complete with a dress spotted with scorpions–leads the procession with the bowl; fast forward to the 56 minute mark and you see the transfer of the bowl to the Pope). The bowl remained on the altar during the Consecration of the Blessed Eucharist, as well as for the rest of the Mass. It remained on the altar after the Pope and the other celebrants left.

AFTERWARDS:
That venerable altar—the most recognizable in the world—had no congregation around it tonight for the Mass of the Lord’s Supper. As well, for the first time in its storied history, it will have no congregation present for the Easter Vigil Mass (the Mass the Church calls “the Mother of all Liturgies”), nor for the Easter Sunday Masses.

FACT 2:
The Pachamama idol was placed on the altars of various churches throughout Rome during the Synod.

AFTERWARDS:
Catholic Churches world-wide are now closed to the Faithful. No altar throughout the world had the People of God present for the Mass of the Lord’s Supper this evening, nor will they for any of the Easter liturgies this weekend. The priest(s) will celebrate alone. In fact, certain dioceses, such as that of Hamilton (Canada), have forbidden the Celebration of the Sacred Triduum in ANY parish even by the priests alone. (Who in God’s name would get sick by a priest offering Mass alone in his parish church? No one. Thus, preventing the spread of sickness cannot be the motive of such bishops.)

It is as if the Italian altars acted as proxies for every other altar, transferring their “sin” onto them. Neither the Roman Emperors, nor Attila the Hun, nor the Ottomans, nor the French Revolution, nor the World Wars, nor Hitler and Stalin were ever successful at emptying parishes of their congregations. And now every Catholic parish worldwide is empty during the holiest days of the year.

FACT 3:
The Italian Bishops Conference published an official prayer to Pachamama. I am not kidding. An official prayer to a pagan idol: https://www.sabinopaciolla.com/la-preghiera-alla-dea-pach…/…. The note in brackets at end of the prayer even reads “Prayer to Mother Earth from the Incas”!

AFTERWARDS: Italy became the worldwide COVID-19 pandemic hotspot, and its hospitals were completely overwhelmed with the sick. Medical staff had to choose who to put on a ventilator, and who to simply let die. In other words, they had to play God. As of this evening (April 9, 2020), the virus has killed over 100 Italian priests, far more than in another other country.

FACT 4:
Two years ago, in a deal brokered by disgraced (and now former) Cardinal Theodore McCarrick, the Vatican agreed to allow the evil and murderous Chinese Communist government to select the bishops for China. This, in effect, threw the always faithful “underground and unofficial” Catholic Church under the bus; it entailed that the Vatican would no longer partner with it, but with the murderous State instead. In fact, the faithful were told by the Vatican to abandon their bishops and parishes and join the Official State Church.

AFTERWARDS:
Where did COVID-19 come from? China.

FACT 5:
In January of 2019, the Governor of New York, Andrew Cuomo, signed a law that made abortion legal until the day of birth in the 9th month. In other words, he legalized infanticide.

AFTERWARDS:
The United States became the world-wide epicenter of the COVID-19 pandemic, and New York is ground zero.

To both the people of God and my brother priests: we need to make reparation for the sins of the Church.

To the people of God:
Pray MANY rosaries to Our Lady, Mother of the Church, asking her to convert sinful clergy, to crush the head of Satan, to exorcise the Church, and to purify the Bride of Her Son. Add fasting, so as to add muscle to your prayer. And spread the word to others.

To Priests:
Pray Chapter 3 of the Leonine Prayers (Exorcism of place or thing) in the Roman Ritual
https://www.lifesitenews.com/images/pdfs/EXORCISMUS.pdf (English is here: https://catholictruth.net/en/archive_NRC.asp…). Pray it often. Pray it regularly. Pray it daily. Pray it especially this Holy Saturday. Thousands of priests and bishops are doing so across the world. Let’s make an impact.

Both the Church and God’s people will continue to be subject to the slaughter if we don’t.

And the worst is to come.