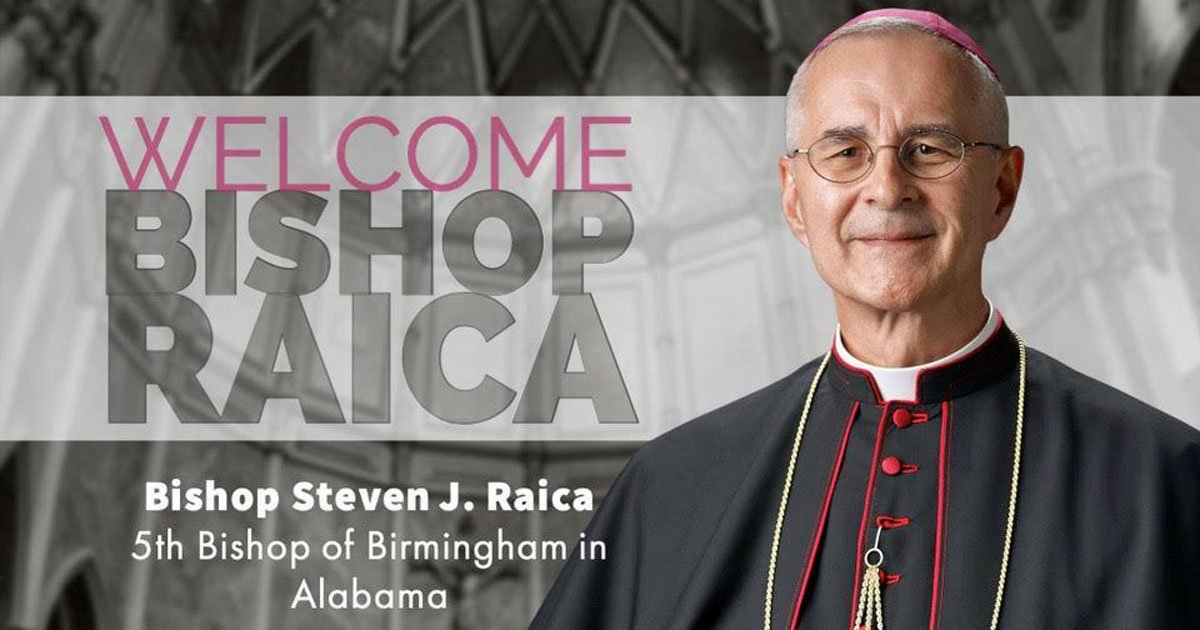 The new bishop of Birmingham, Alabama, Steven Raica, is bringing a sordid record with him to the hometown of Mother Angelica’s Eternal Word Television Network (EWTN). EWTN was formed by Mother Angelica in large part to oppose much of the agenda of homosexualist and/or dissenting bishops.

Raica, who had served as bishop of the Michigan diocese of Gaylord since August 2014, will become the fifth bishop of Birmingham, replacing retiring Bp. Robert Baker, who reached the mandatory retirement age of 75. Raica’s transfer, which was announced from Rome Wednesday, will be delayed until June 23 “given the current uncertainties,” according to a press report.

Raica attended seminary in the scandalous St. John’s Provincial Seminary in Plymouth Michigan (archdiocese of Detroit) in the 1970s, during the same period it earned a horrible reputation for being a homosexual hothouse — when homosexual pornographic videotapes were mandatory weekly viewing on Wednesday evenings as part of a so-called human sexuality class. Current Detroit Abp. Allen Vigneron, who was the main consecrator for Raica when he was made bishop in August 2015, was also present in St. John’s in the same time period.

As has been chronicled extensively by Church Militant, Bp. Raica has been besieged with withering, non-stop public criticism, some of it prompted by Gaylord Diocesan Watch (GDW), a group formed by four laymen to shed light on Bp. Raica for his vicious treatment of 33-year-old priest, Fr. Matthew Cowan.