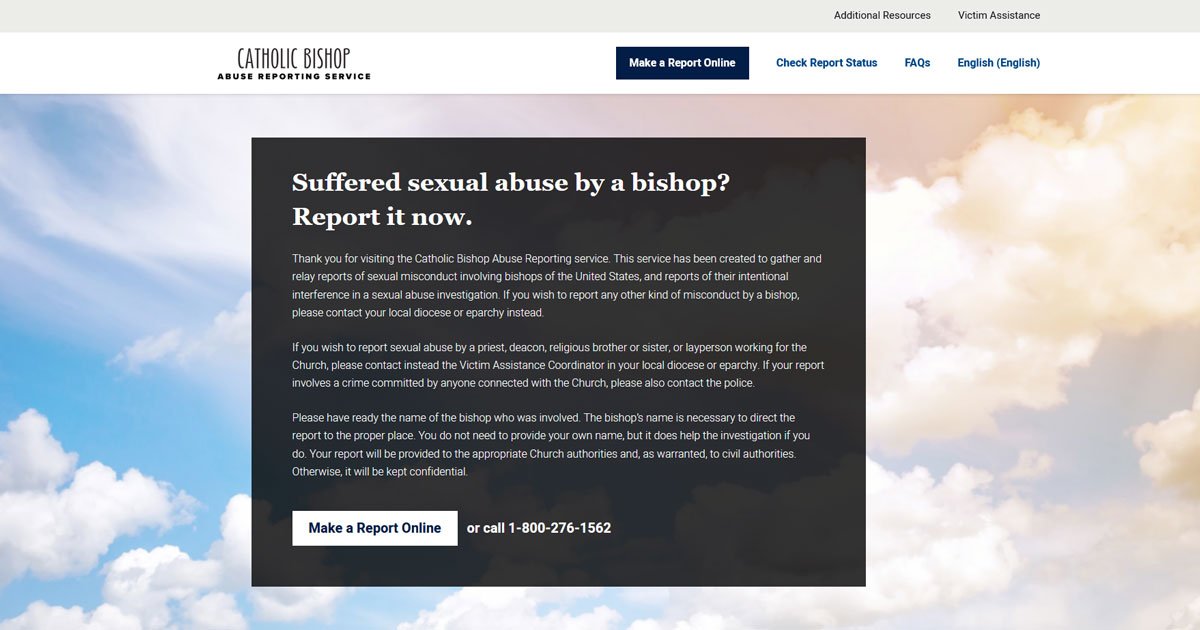 In May 2019, Pope Francis released his apostolic letter, Vos estis lux mundi (“You are the light of the world”) to address the issue of sexual abuse and bishop accountability in the global Catholic Church. Vos estis calls upon the metropolitan archbishops to undertake the responsibilities for receiving and assessing reports involving bishops that pertain to sexual abuse and related misconduct.

In June 2019, one month after Pope Francis issued his order, the bishops of the United States convened for their general assembly in Baltimore and approved the implementation plan for carrying out the directives of the Holy Father here in the United States.

According to a press release, as part of this ongoing commitment to carrying out Vos estis, the Catholic Bishop Abuse Reporting Service (CBAR) was established.

The service is operated by Convercent, Inc., an independent, third party entity that provides intake services to private institutions for reports of sensitive topics such as sexual harassment through a secure, confidential, and professional platform. Individuals may go to ReportBishopAbuse.org in order to make a report.  Reports are also accepted via (800) 276-1562. When a report is received, it will be forwarded to the local metropolitan archbishop who will undertake the responsibility of initially assessing the report.