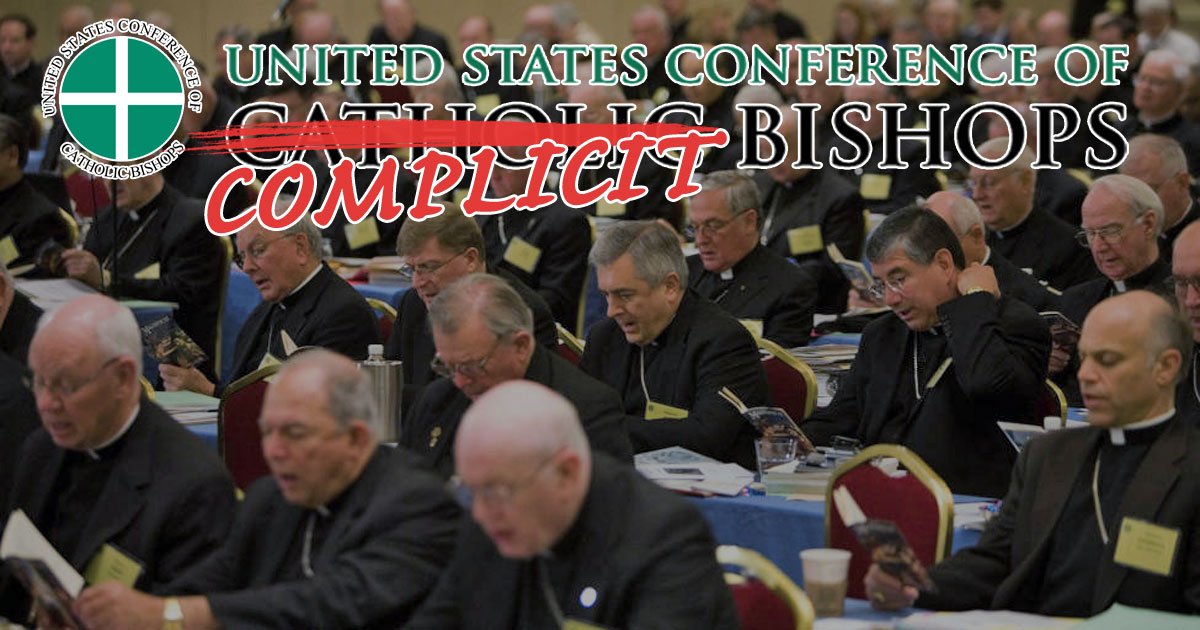 Sign the petition boycotting donations to the USCCB and CRS until such time as the bishops acknowledge there is a problem and take steps to clean-up the corruption.

The United States Conference of Catholic Bishops (USCCB) issued a formal statement in response to reports from the Lepanto Institute exposing the evil acts of Catholic Relief Services (CRS):

Statement of the U.S. Bishops’ Executive Committee: Catholic Relief Services Delivers the Hope of Christ to Where Human Suffering is Worst

WASHINGTON – The Executive Committee of the United States Conference of Catholic Bishops has issued a statement in support of Catholic Relief Services.

“In the name of our Catholic faith, the donors, staff, and volunteers of Catholic Relief Services (CRS) deliver life-saving food, medicine, shelter, and training to the most vulnerable of our sisters and brothers around the world. They do this work often in remote, dangerous places that most people would fear to visit. We extend our prayers and gratitude for this courageous witness of Christ’s mercy.

“The humanitarian relief efforts of CRS are grounded in the loving teachings of the Catholic Church. CRS stands in firm defense of life. Criticisms to the contrary should not detract from the powerful impact your donations have on the lives of otherwise forgotten suffering populations.

“We have confidence in the thorough vetting system utilized by CRS by which complaints are investigated and corrective action taken, if necessary. CRS works alongside other relief agencies that may not share our teaching. In these instances, CRS keeps its work distinct.

“We firmly stand with the personnel of Catholic Relief Services in their solidarity to the least among us. Together, we affirm the sacredness of every human life from the moment of conception until natural death.”

Let’s take a closer look at the USCCB’s statement.  They say “Criticisms to the contrary should not detract from the powerful impact your donations have on the lives of otherwise forgotten suffering populations.”  In other words, we have no interest in the documented proof that CRS has a serious fidelity problem, just keep giving us money.

They also say “CRS works alongside other relief agencies that may not share our teaching. In these instances, CRS keeps its work distinct.” Lepanto’s third report proves this completely false!

The USCCB’s defense of CRS makes them complicit in their evil acts.

The Lepanto Institute conducted a year-long investigation exposing that CRS has IS USING YOUR MONEY to fund programs that support the intrinsic evils of contraception and abortion.  Lepanto provides irrefutable evidence, including:

At least one bishop has called for a full investigation of CRS.  No Catholic, in good conscience, can donate money to an organization that supports these intrinsic evils.  Donate instead to one of these safe charities.

Petition Boycotting Donations to the USCCB and CRS