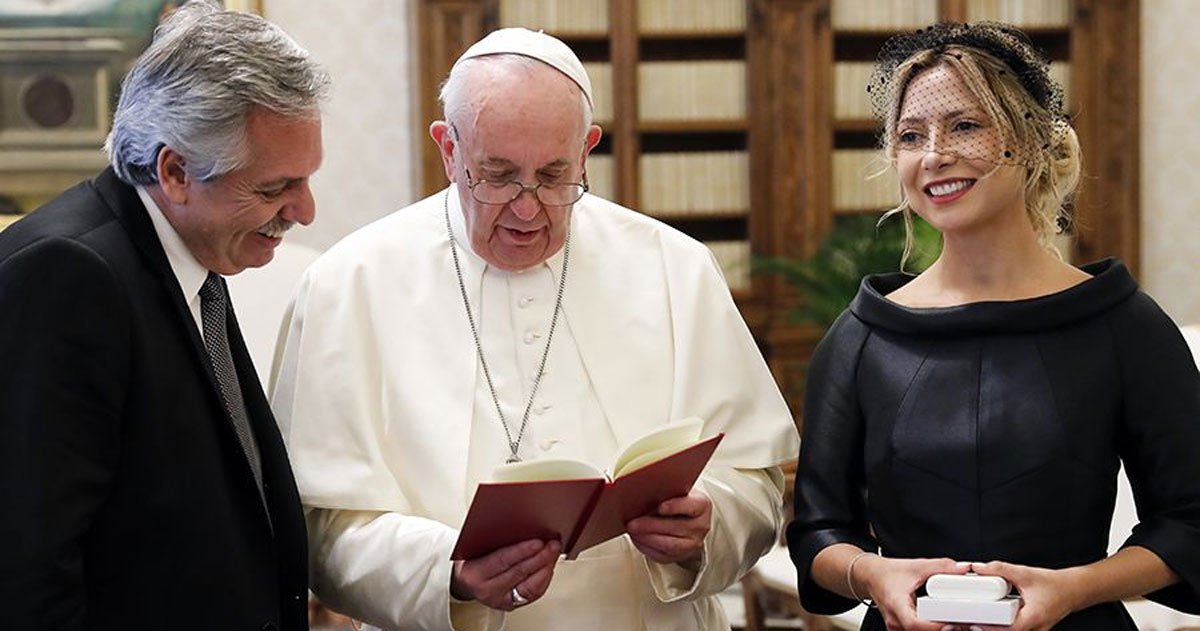 Last Friday, January 31st, the divorced pro-abortion president of Argentina, Alberto Fernandez, and his concubine both received Holy Communion from Bishop Marcelo Sanchez Sorondo during a Mass in Saint Peter’s Basilica, shortly before meeting with another compatriot, Pope Francis, for a 44-minute talk during which the issue of abortion was avoided.

It was a blatant scandal: Communion was given to a self-affirmed adulterer who is on the point of pushing through legislation to make abortion legal, and who has made this one of his political priorities. Moreover, the sacrilege took place in the very heart of Christendom, with all the publicity associated with such a celebration during a State visit.