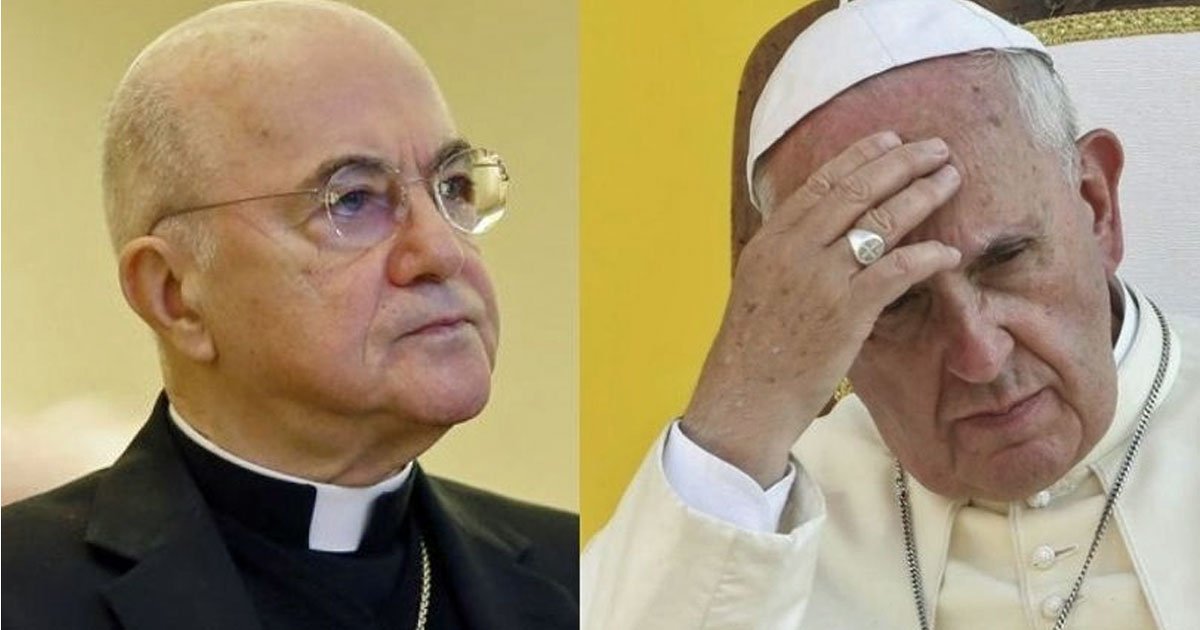 Vatican report must address many names in light of Viganò, Sipe revelations

In October 2018, just months after Abp. Carlo Maria Viganò accused Pope Francis of covering up for ex-cardinal Theodore McCarrick, the Vatican reported that the pope commissioned a study of the Vatican archival files on McCarrick “in order to ascertain all the relevant facts — to place them in their historical context and to evaluate them objectively.” Now, more than 14 months later, the results of the long-awaited investigation have yet to be disclosed. Many people are asking, “Why the long wait?”

Besides Pope Francis, a number of high-ranking U.S. prelates were also accused by Viganò of being aware of McCarrick’s sexual harassment of young seminarians. Catholic News Agency Editor-in-Chief J.D. Flynn recently noted, “While the report may be completed in Rome, its release may not be imminent, and some U.S. bishops may be quietly hoping for further delays.”

Included among those U.S. prelates named by Viganò of being aware of McCarrick’s predatory behavior are: Cdl. William Levada, who died in September of 2019; Cdl. Donald Wuerl, who resigned as archbishop of Washington in October 2018; and Bp. Robert McElroy, the current ordinary of the diocese of San Diego. Other prelates who may be anxious about the results of the Vatican investigation also include Chicago Cdl. Blase Cupich and Newark Cdl. Joseph Tobin, whose appointments Viganò accused McCarrick of orchestrating.

While Levada has passed away and Wuerl is retired, the one practicing prelate who may be worried the most about the Vatican report is Bp. Robert McElroy, of whom Viganò wrote:

The appointment of McElroy in San Diego was also orchestrated from above, with an encrypted peremptory order to me as nuncio, by Cdl. Parolin: ‘Reserve the See of San Diego for McElroy.’ McElroy was also well aware of McCarrick’s abuses, as can be seen from a letter sent to him by Richard Sipe on July 28, 2016.”