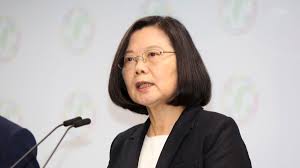 The president of a vulnerable nation has reminded Pope Francis that it is difficult to “dialogue” with a tyrant.

Tsai Ing-wen, the recently re-elected president of the island nation of Taiwan, wrote an open letter to the pontiff on Tuesday in response to his 2020 World Day of Peace message. In his letter, Pope Francis declared, “We need to pursue a genuine fraternity based on our common origin from God and exercised in dialogue and mutual trust.” The president of Taiwan pointed out, however, that sometimes dialogue is “impossible.”

“Many of the international conflicts today can be attributed to the desire to dominate others,” Tsai wrote to the Argentinian pontiff.