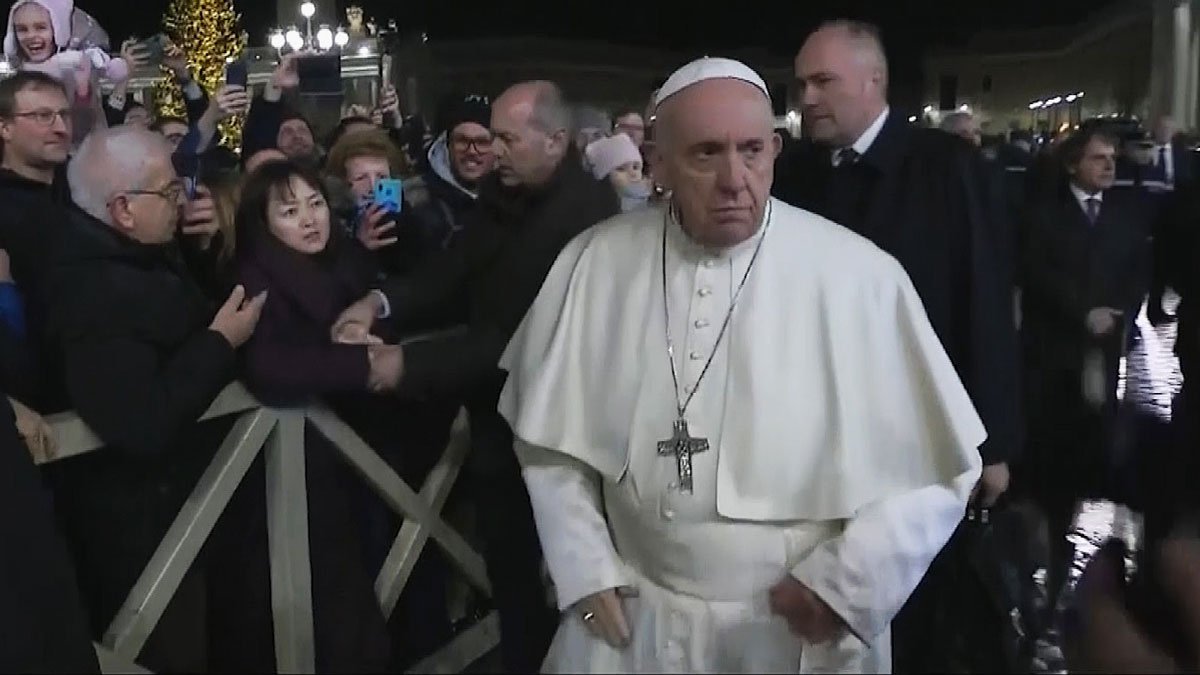 he media insists that Jorge Bergoglio is the pope of the common man even as he turns his nose up at populist movements, hobnobs with celebrities, plots with UN elitists, and slaps the hand of a ropeline enthusiast. The last controversy — a sour Francis was captured on video hitting the hand of a woman who grabbed his hand and then barking at her — was unseemly enough to generate a papal apology the next day.

The pope’s mask of benignity has fallen before. For my money, his cruelest and most telling encounter was with an innocent altar boy who held his hands together piously. The pope mocked the bewildered boy, asking him if his hands were “stuck together.” Only a liberal Jesuit would crack a joke like that at the sight of youthful reverence.

Another ugly moment was the time he upbraided concerned Catholics in Chile for complaining about abuse cover-ups. He called them “dumb.” That too required an apology.

Jorge Bergoglio is not so much the pope of the common man as a friend to the globally powerful. He disdains the most devout members of his faith, labeling them “rigid,” while rolling out the red carpet for thugs and pagan celebrities. Not a week passes without the pope meeting and greeting some enemy of the faith.