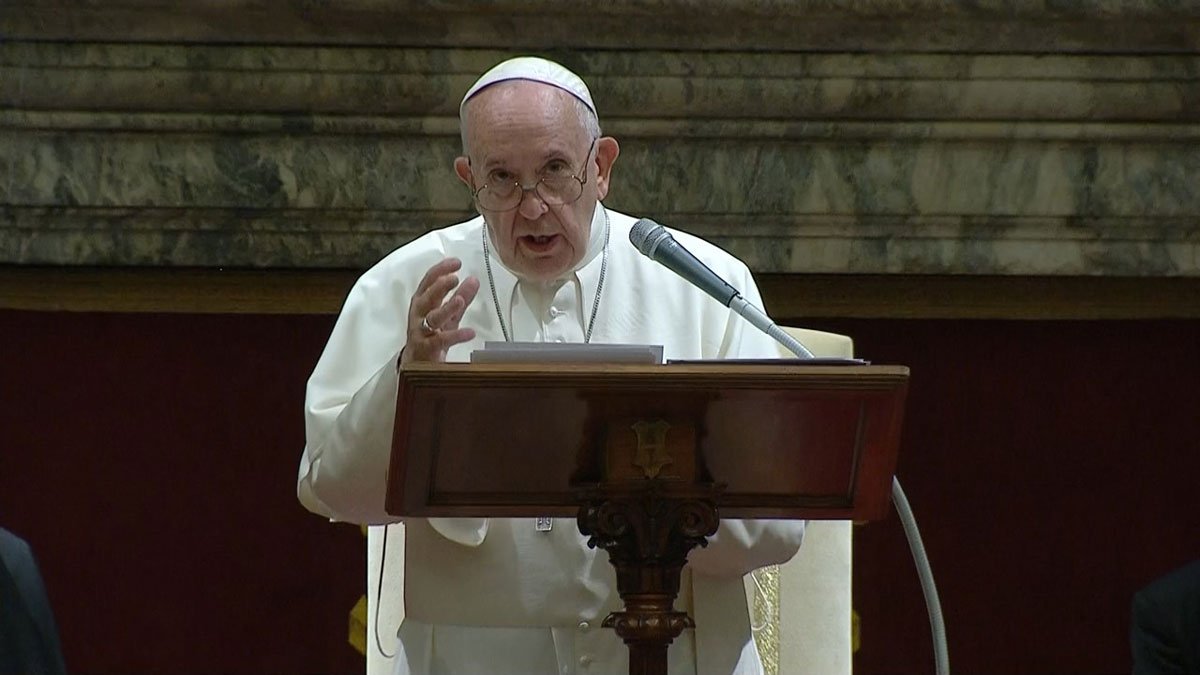 In his annual Christmas address, Pope Francis advised the Vatican civil service not to allow “rigidity” to get in the way of “epochal change.”

In his Dec. 21 address to the Curia, the Argentinian pontiff discussed the inevitability and necessity of change in the Church, and warned against “rigidity.”

In the context of “the temptation to fall back on the past,” Pope Francis said:

All of this has particular importance for our time, because what we are experiencing is not simply an epoch of changes, but an epochal change. We find ourselves living at a time when change is no longer linear, but epochal. It entails decisions that rapidly transform our ways of living, of relating to one another, of communicating and thinking, of how different generations relate to one another and how we understand and experience faith and science. Often we approach change as if were a matter of simply putting on new clothes, but remaining exactly as we were before. (…)

Brothers and sisters, Christendom no longer exists! Today we are no longer the only ones who create culture, nor are we in the forefront or those most listened to. We need a change in our pastoral mindset, which does not mean moving towards a relativistic pastoral care. (…)

Here, there is a need to be wary of the temptation to rigidity. A rigidity born of the fear of change, which ends up erecting fences and obstacles on the terrain of the common good, turning it into a minefield of incomprehension and hatred. Let us always remember that behind every form of rigidity lies some kind of imbalance. Rigidity and imbalance feed one another in a vicious circle. And today this temptation to rigidity has become very real.

The pontiff has often preached against “rigidity,” which in his Apostolic Exhortation “Gaudete et exsultate” seems to mean resistance to change. Francis’ critics within the Church fear that this condemnation of rigidity is also reproof of those who adhere too faithfully to certain doctrines of the Church, like the insolubility of marriage.