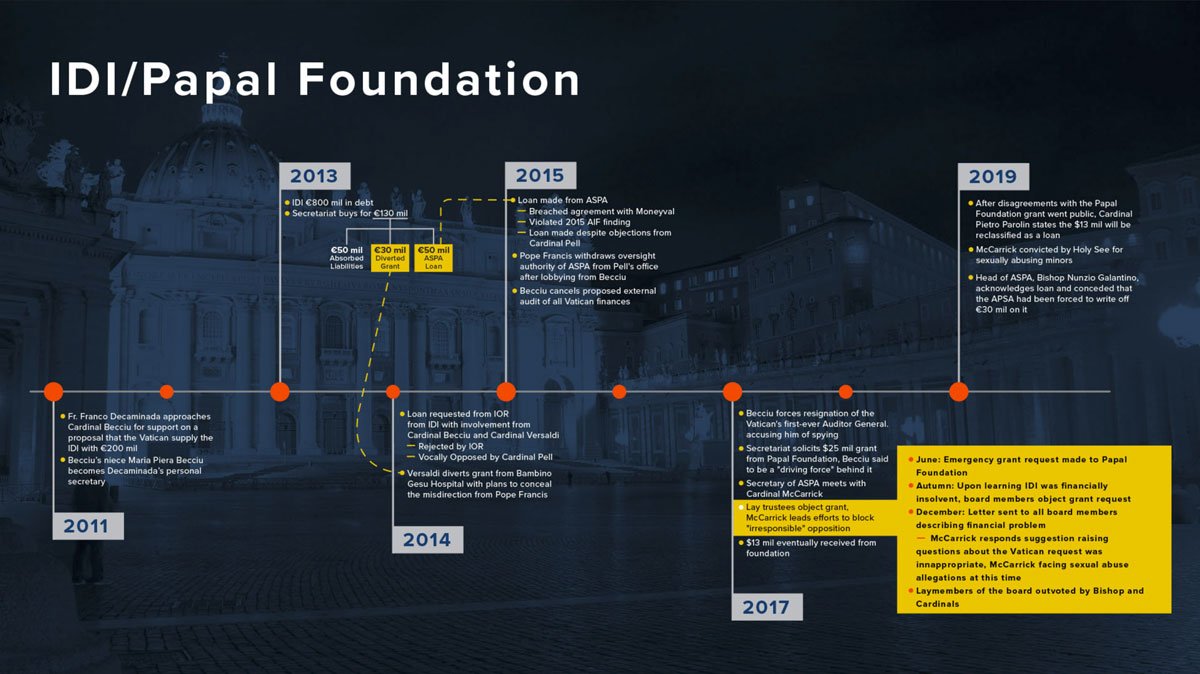 For more than a year, CNA has been following a Vatican financial scandal involving a bankrupt Italian hospital, a potentially illicit loan from the Vatican’s central bank, and a controversial grant request to an American charitable foundation.

The financial scandal is one of several unfolding at the Vatican, and covered by CNA. Having trouble keeping them straight? You’re not alone. This is the first in a series of CNA explainers, designed to help you keep track of the money trails in and out of the Vatican.

Here’s the IDI scandal in a nutshell:

In 2012, an Italian hospital, owned by a religious order, went bankrupt, because its administrators had run up large debts while embezzling millions of dollars. The Vatican Secretariat of State then created a for-proft partnership with the religious order that had owned the hospital. The partnership agreed to purchase the hospital. To do so, it received – through a complex series of transactions – 50 million euro, through a loan from the Vatican central bank, APSA, despite the fact that APSA had agreed with European banking regulators not to make commercial loans.

In an attempt to take the loan off APSA’s books, officials in the Secretariat of State then asked the Papal Foundation, a U.S.-based charitable foundation, for a $25 million grant, which they reportedly requested under misleading or ambiguous pretenses. The grant was approved, but subsequent questions from board members ultimately led to controversy and opposition. The Vatican’s secretary of state, Cardinal Pietro Parolin, has said he organized the loan and the grant.