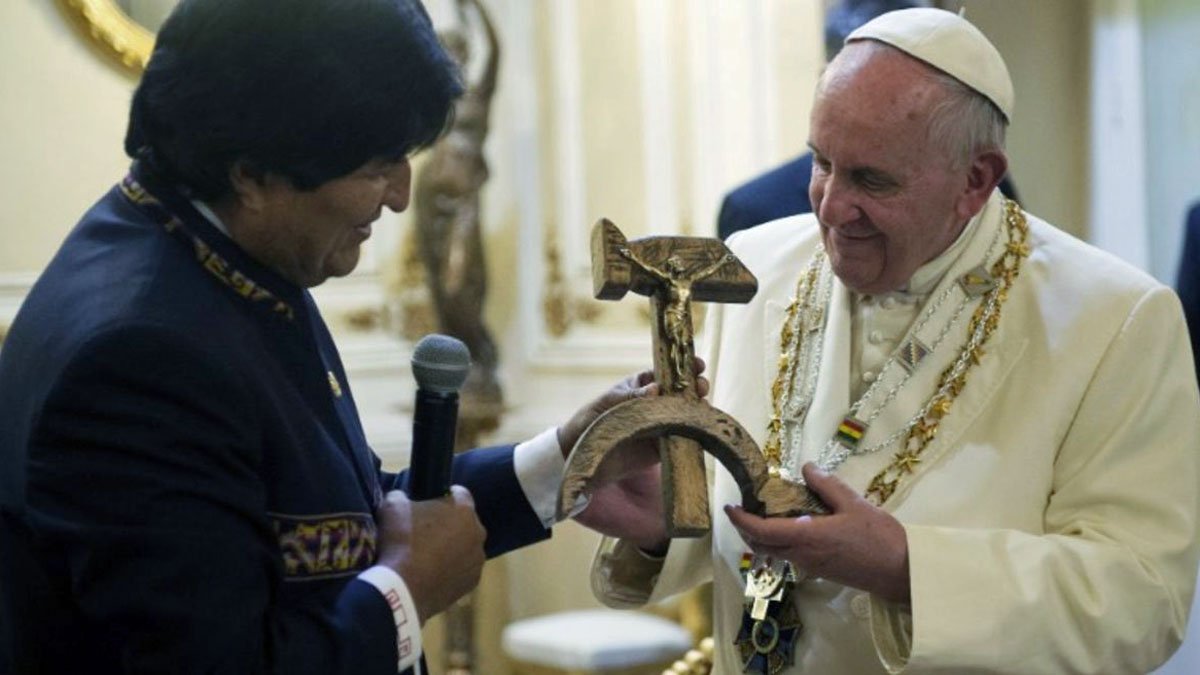 Brietbart reports that the ex-dictator of Bolivia, Evo Morales, who gifted Pope Francis with the infamous “hammer-and-sickle crucifix” — which did not offend him and which he took home with him to the Vatican — is the subject of a complaint for crimes against humanity lodged with The International Criminal Court (ICC) at The Hague.

The complaint, submitted by the government of Bolivia following Morales’s exile to Mexico, from which he has since fled to Francis’s Argentina as a “refugee,” also names “several of his senior cabinet members…”

Morales and his named associates are charged with “selective assassinations with snipers, ambushes, rape and sexual assault, abduction of hostages, physical and psychological torture, state-sponsored terrorism, and blocking access to basic items of consumption like water to certain cities.”

Morales was forced into exile following a sham election in Bolivia on October 20 during which he had sought a completely unconstitutional fourth term as President.  An investigation by the Organization of American States (OAS) found that when “Morales and center-left rival Carlos Mesa were in a dead heat in vote tallies… the election commission redirected the vote count to a mystery private server, which returned a landslide win for Morales.”

Read the rest at the Fatima Center