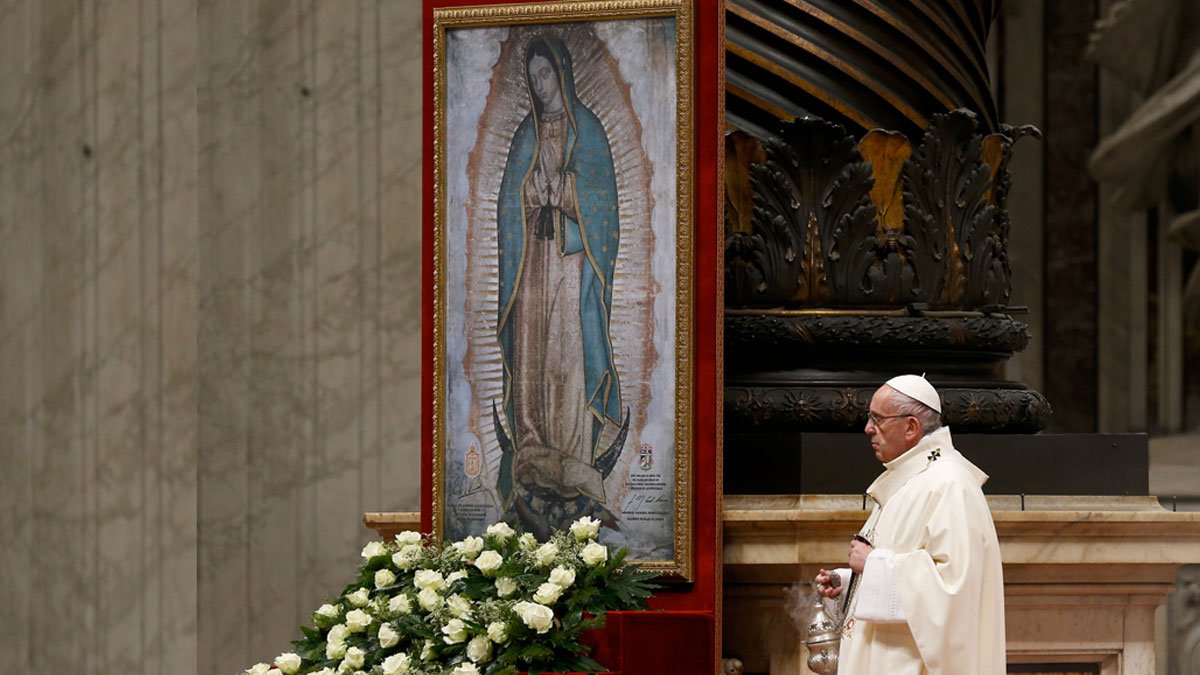 Pope Francis appeared to flatly reject proposals in some theological circles to add “co-redemptrix” to the list of titles of the Virgin Mary, saying the mother of Jesus never took anything that belonged to her son, and calling the invention of new titles and dogmas “foolishness.”

“She never wanted for herself something that was of her son,” Francis said. “She never introduced herself as co-redemptrix. No. Disciple,” he said, meaning that Mary saw herself as a disciple of Jesus.

Mary, the pope insisted, “never stole for herself anything that was of her son,” instead “serving him. Because she is mother. She gives life.”

“When they come to us with the story of declaring her this or making that dogma, let’s not get lost in foolishness [in Spanish, tonteras],” he said.