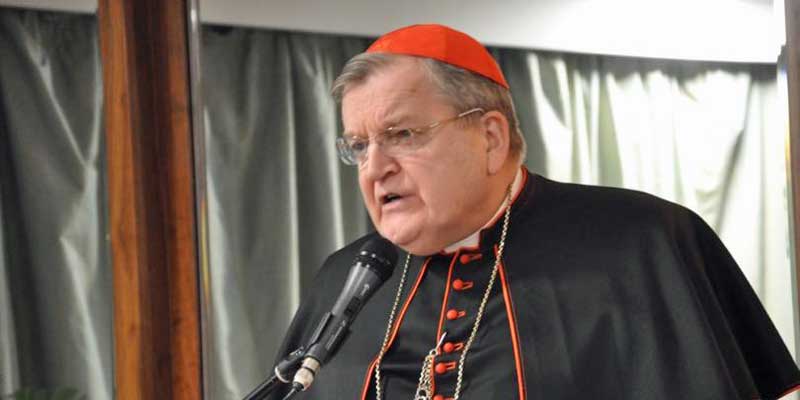 Cardinal Raymond Burke is backing a France-originated call to prayer and reparation on Dec. 12 for the Pachamama idolatry that took place at the Vatican during the Amazon Synod, saying that “diabolical forces” have entered St. Peter’s Basilica that need to be “vanquished.”

“Something very grave happened during the special assembly of the Bishops’ Synod for the Amazon region. An idol was introduced into St Peter’s Basilica – the figure of a demonic force,” said Cardinal Burke during a short Dec. 8 interview with the French independent TV station, TVLibertés.

“Therefore reparation is necessary and also prayers, so that the diabolical forces that entered with this idol are vanquished by the grace of God, by Christ who wants St Peter’s Basilica to be purified of the sacrilegious act that took place during the Synod,” he added.