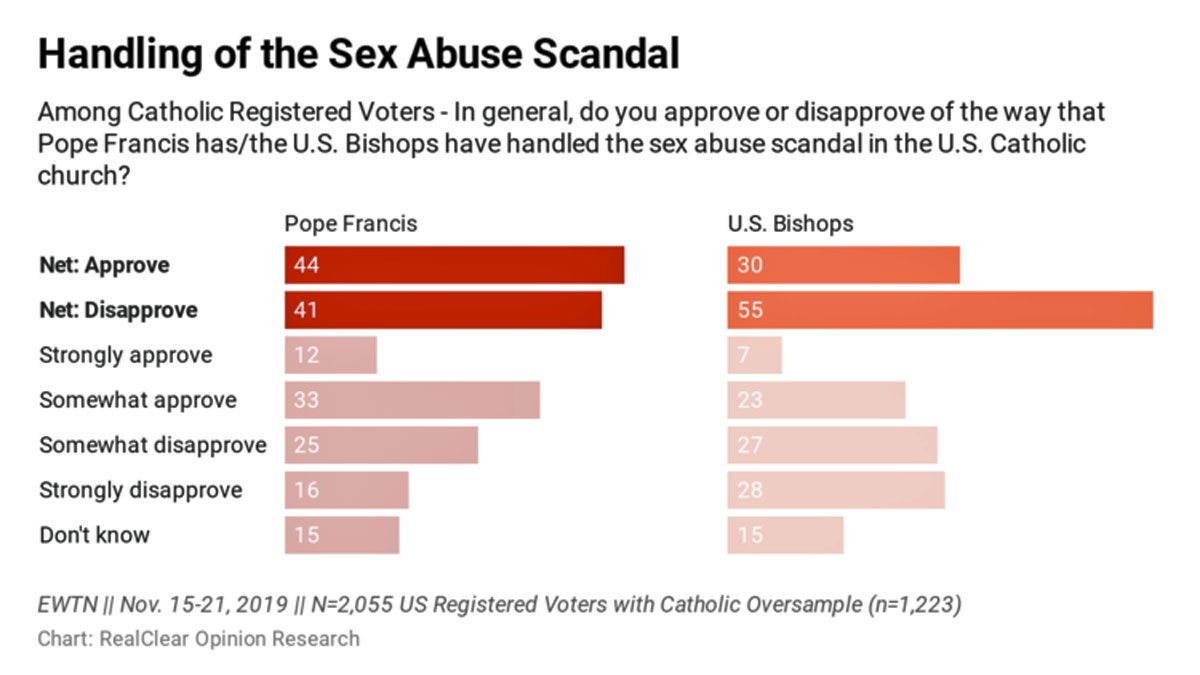 A new poll jointly conducted by EWTN and RealClear Opinion Research reveals some disturbing problems for American bishops.  The poll was conducted during the week of November 15, 2019 and included both Catholic and non-Catholic voters.  A total of 1,223 Catholic voters were included in the survey.

Here are some of highlights from the poll:

Detailed polling results are available on the RealClearPolitics website.

Contact your bishop and ask him how he plans to address these troubling trends in his diocese.