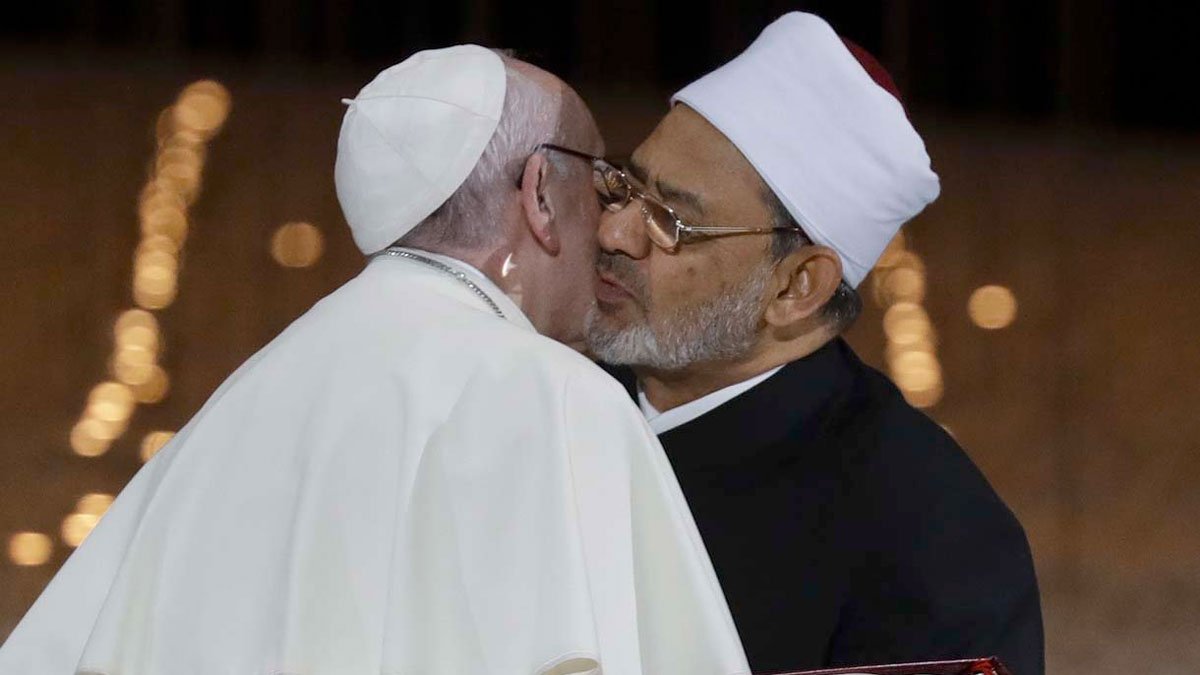 Pope Francis has once again promoted the Abu Dhabi document “Human Fraternity for World Peace and Living Together” at a meeting organized in Rome by an Argentinian group under the auspices of the Pontifical Council for Interreligious Dialogue.” Part of the document, which was signed in February by the Pope and a Grand Imam, states that a “pluralism and diversity” of religions is “willed by God.”

On November 18, the Pope addressed the participants of the meeting during a private audience in the Vatican, in the presence of the Argentinian ambassador to the Holy See, Rogelio Pfirter, its promoter, in collaboration with the “Instituto de Diálogo Interreligioso” (Institute of Interreligious Dialogue, IDI) of Buenos Aires of which he was himself the initiator in 2002, as Cardinal-Archbishop Jorge Bergoglio.

During a meeting on November 15, attended by Cardinal Miguel Ayuso and Cardinal Pietro Parolin, Father Guillermo Marcó of IDI made a “historic announcement” saying that in Argentina a council is being formed between the bishops’ conference, the Jewish center AMIA, the Islamic Center of the Argentinian Republic, the Argentinian Federation of Evangelical Churches, and the Institute of Interreligious Dialogue.