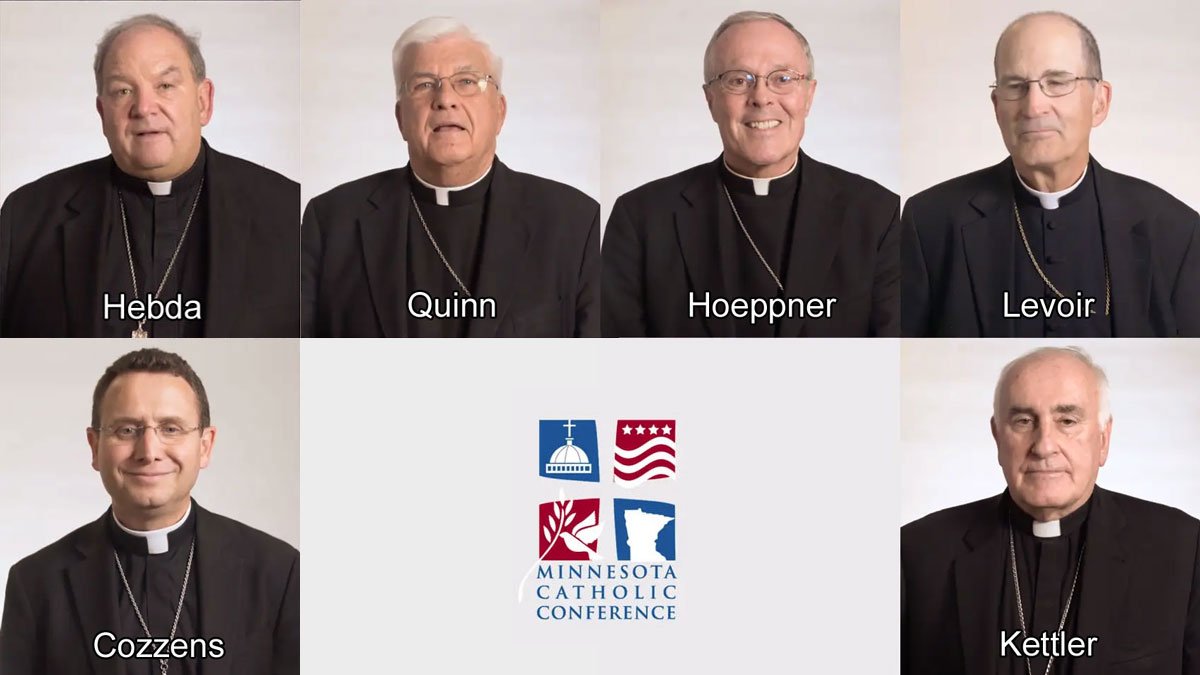 The Minnesota Catholic Conference (MCC) is the public policy voice of the Catholic Church in Minnesota. Its mission is to support the ministry of the state’s bishops by:

SO HERE’S THE QUESTION… Given all that is happening in the Church and world today, what might you guess to be the latest initiative of the Minnesota bishops?  Could it be:

ANSWER?  None of the above.

The Bishops’ new priority program is entitled, “Minnesota, Our Common Home” which is based upon Pope Francis’ controversial 2015 encyclical Laudato Si.

For those unfamiliar with Laudato Si and its many problems, we suggest you take a look at R.R. Reno’s column from First Things.

Its appears to be closely aligned to the USCCB program “Laudato Si: On Care for our Common Home.”

The new program prominently appears on the front page of MCC’s website. The site says “In Minnesota, Our Common Home, we explore the key principles discussed in the encyclical and propose how we might translate them into our present situation as Minnesotans.”

There’s even a cute little video for people to watch.

Earlier this week, MCC sent an email to Minnesota priests, encouraging them to get with the program by ordering small-group study guides so parishioners can spend 6 weeks slogging through Laudato Si and discussing the issues. The Leader’s Guide states:

The content of Minnesota, Our Common Home has the potential to bring up a lot of hot-button issues: controversial political figures or policies, climate change, migration, contraception, abortion, gender identity, euthanasia, etc.

The program even includes “An Ecological Examen” to help Catholics feel remorse for their carbon footprint and plastic grocery bags.  Just in time for the “ecology sins” Pope Francis is planning to add to the Catechism, which some top theologians says is “impossible” since man cannot sin against inanimate objects.

“The ecological examen is a way for Catholics to consider how they may be contributing to the throwaway culture and offers practical guidance to facilitate what Pope Francis calls for, which is ecological conversion — living in right relationship with the Creator and creation.”

Before being taken-in by this disordered pantheistic ‘eco-theology’, Adkins would have never uttered such gibberish.

ITS A QUESTION OF PRIORITIES

To be fair, there is an element of truth in Minnesota, Our Common Home. As faithful Catholics, we should be concerned about stewardship for the environment. But in the midst of the historical upheaval within the Church that includes sex scandals, doctrinal confusion and financial corruption, the choice to devote significant resources to this initiative appears to be misplaced.

Additionally, Catholics should be concerned about the not-so “hidden agenda” exposed by the recent Amazonian synod.  The Vatican is partnering with some very unsavory characters in its environmental efforts. Our bishops need to exercise caution not to partner with parties like the United Nations who have anti-Catholic policies incorporated into their “sustainable development” agenda.

Dr. Anca Maria Cernea, a prominent Romanian physician, whose father had been imprisoned by Communists for 17 years, puts it well:

The Church’s mission is to save souls. Evil, in this world, comes from sin. Not from income disparity or “climate change.” The solution is: Evangelization. Conversion. Not an ever-increasing government control. Not a world government. These are nowadays the main agents imposing cultural Marxism on our nations, under the form of population control, reproductive health, gay rights, gender education and so on. What the world needs nowadays is not limitation of freedom, but real freedom, liberation from sin. Salvation.