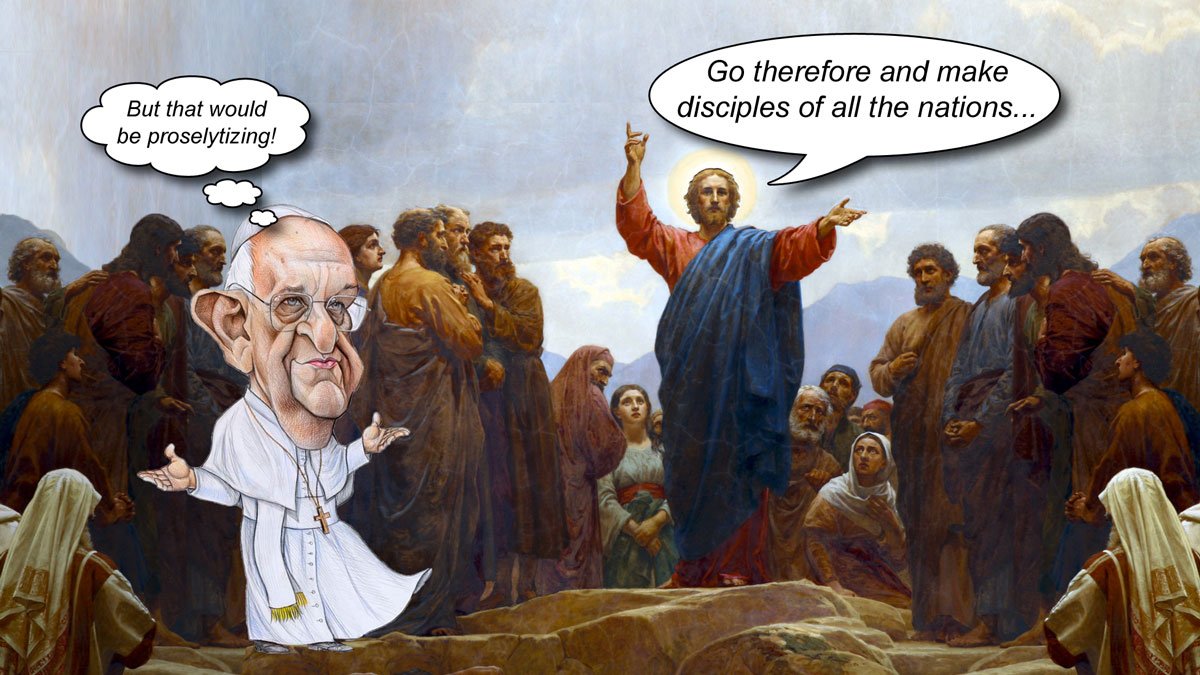 In your hearts honor Christ the Lord as holy, always being prepared to make a defense to anyone who asks you for a reason for the hope that is in you; yet do it with gentleness and respect.” (1 Peter 3:15) This clearly means that one way in which we honor Christ as Lord is by persuasively defending the truth of the faith, by giving reasons supporting faith’s rationality and truthfulness.

This defense is crucial because the response to the Gospel should be reasonable. Indeed, Vatican I’s Dogmatic Constitution, Dei Filius (1870), affirms that the assent of faith is reasonable, such that this “assent is not a blind movement of the intellect; nevertheless, no one can ‘assent to the preaching of the Gospel’, as he must to attain salvation, ‘without the illumination and inspiration of the Holy Spirit, who gives to all a sweetness in consenting to and believing in truth’.”

What do we make, then, of Pope Francis’s constant insistence, recently repeated here, and in his meeting with the bishops of Japan this past Saturday, that in an evangelical encounter with those who do not know Christ we must witness to Christ but “not with convictions, not to convince [or persuade], [and] not to proselytize.”

I have always found this claim idiosyncratic, not to say inconsistent with the Catholic tradition’s emphasis on the interdependency of faith and reason (from Leo XIII’s 1879 encyclical Aeterni Patris to John Paul II’s 1998 encyclical Fides et Ratio). Inexplicably, Francis thinks that evangelical witness excludes not only the power of persuasion, reason, and arguments, but also claiming that one asserts, affirms, and holds certain beliefs to be true.