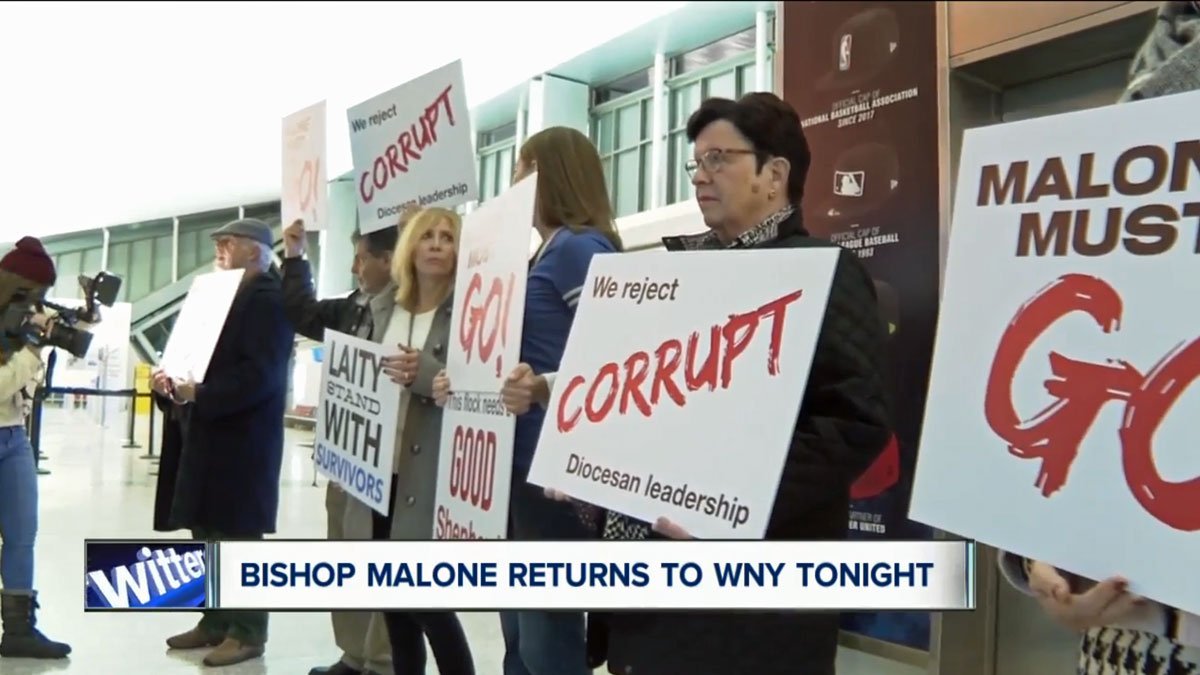 Bishop Richard J. Malone on Sunday flew back from the Vatican, where he met with Pope Francis and where rumors swirled about his possible resignation.

But the embattled bishop, whose handling of sexual abuse claims has led to investigations by the FBI, the State Attorney General’s Office and the Vatican, ducked out a side exit of Buffalo Niagara International Airport before a dozen parishioners had a chance to greet him.

His escape from the airport, which appeared to be aided by the Niagara Frontier Transportation Authority, may have been due to the fact that the welcoming party was not very welcoming.

“Bishop Malone Must Go,” read multiple signs held by Catholics standing in the entrance to the airport terminal.

About a dozen reporters stood waiting for the controversial prelate to answer questions about whether Pope Francis asked him to resign, or whether he was fired after meeting with the Holy Father, who has directed a wholesale investigation of Malone’s management of the Diocese of Buffalo.