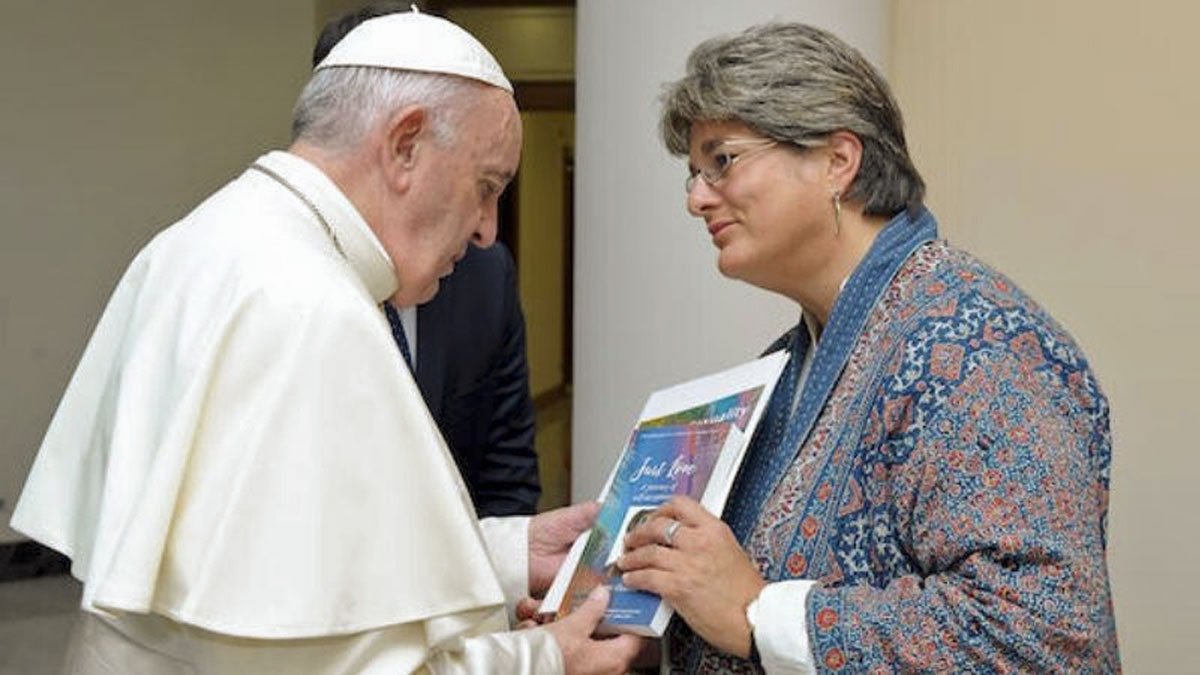 Jayne Ozanne, who led the debate banning reparative therapy (counseling to help get rid of unwanted same-sex attraction) in the Church of England’s General Synod, told Pope Francis that that she had tried to make herself straight through “conversion” therapy, and that such treatments had led many young people to consider suicide.

The lesbian activist, who self-identifies as an evangelical Anglican, also said that she had grown up in a Church that told her “she could never be a wife, a mother or a grandmother” and that her prayer was “for everyone to know they are precious children of God, just as they are.”