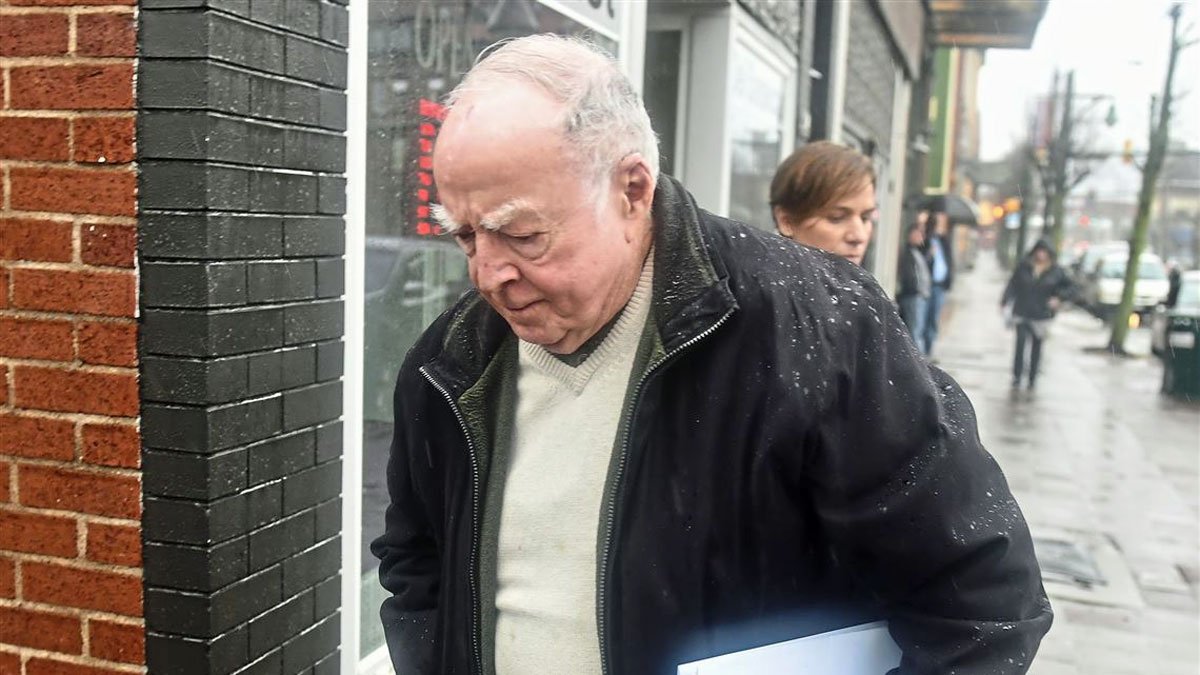 The Rev. Hugh Lang, a priest for 63 years, was convicted Friday of indecent assault and unlawful contact with an 11-year-old boy while he was pastor at St. Therese of Lisieux parish in Munhall.

Allegheny County Common Pleas Judge Mark V. Tranquilli announced the verdict, ending a three-day bench trial that played out before a courtroom filled with nearly 30 of the priest’s supporters. The 88-year-old priest took the stand Friday morning and vigorously denied the charges. But the judge said testimony convinced him that the incidents described by the 30-year-old accuser were true.

The man, who lives in Southeast Asia, clasped his mother’s hand as the judge spoke. He left the courthouse immediately with his parents; his mother’s sobs could be heard in the stairwell. The family declined to comment.

In graphic testimony earlier this week, the man testified that the assault occurred in June 2001 after he made a derogatory joke about the priest — saying “I’ll bet Father Lang drinks all the wine after Mass.” He testified that the priest forced him to undress, photographed him and sexually assaulted him in a church basement.