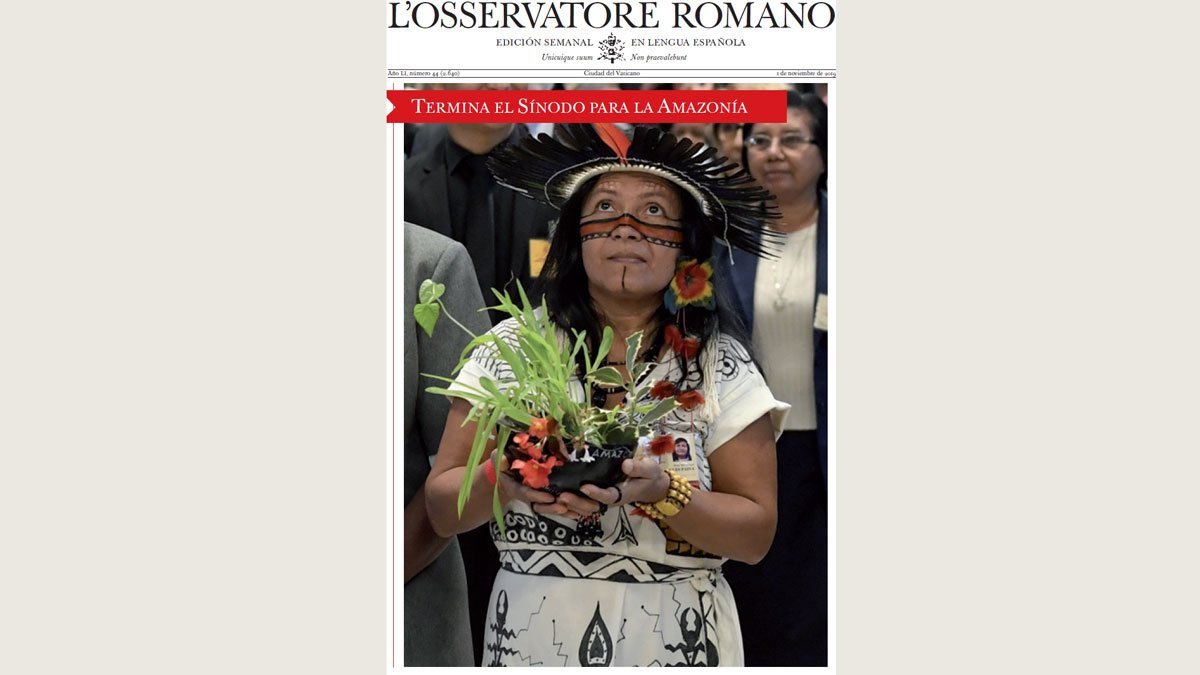 The offering of a mysterious bowl of plants believed to be linked to the pagan goddess Pachamama — that was received by Pope Francis during the closing Mass for the Amazon Synod and placed on the altar — was featured on the cover of the Spanish version of the Vatican’s official newspaper this week.

The cover of the Spanish edition of L’Osservatore Romano for November 1, 2019 presents a photograph of Marcivana Rodrigues Paiva, a member of the indigenous Satere-Mawe people of Brazil, holding a black bowl containing earth, green plants and red flowers. Rodrigues presented the bowl to Pope Francis during the offertory procession for the last Mass of the Synod on the Amazon on Sunday, October 27. A photograph of this action appears on page 5 of the newsmagazine.