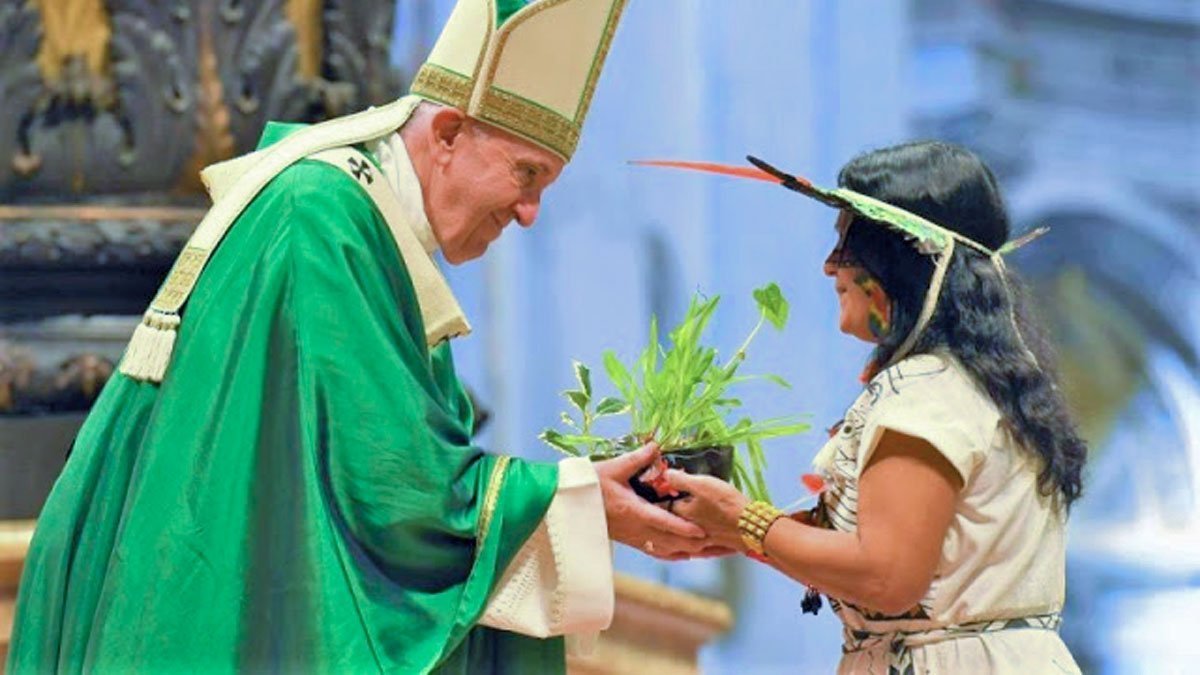 Kath reports that a number of bishops said they would not attend the closing Mass if the Pachamama idols were present.

However, Regina Magazine reports that Pachamama was actually present at the Mass in another form.  During the offertory procession, Francis received a “bowl of earth” that was placed on the altar.  Wikipedia states that that modern pagan communities in the Andes use a “bowl of earth” to represent Pachamama and her status as “Mother Earth.”

Close-up photos show that the Pachamama bowl that was used at the opening pagan ceremony is likely the same bowl that was present at the closing Mass and Pope Francis’ closing speech.