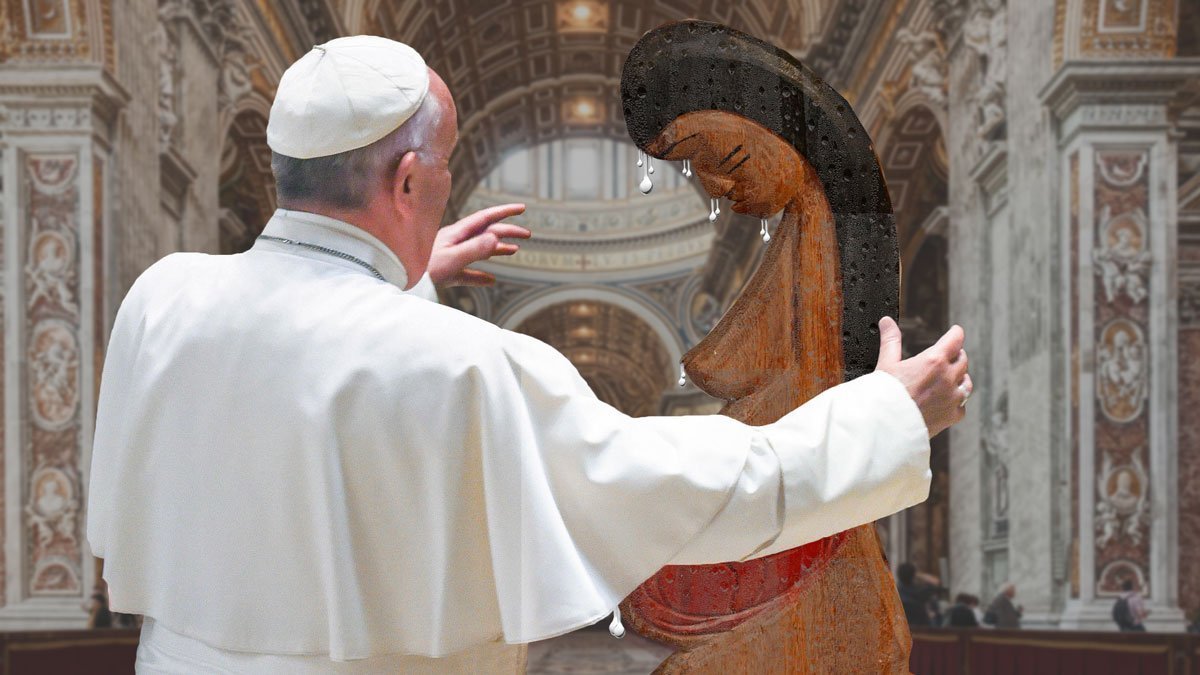 Pope Francis is apologizing for the furtive removal of the carved fertility figures from a Rome church, and has announced they’ve been found and will be displayed in St. Peter’s Basilica for the Amazon Synod’s closing Mass.

“As bishop of this diocese, I apologize to those who have been offended” by this act of “theft,” said Pope Francis in the opening prayer for Friday’s afternoon general congregation, according to French media outlet i.media, present in the aula.

The pontiff noted that the statuettes — dubbed “Pachamama” by critics who claim she represents the pagan Mother Earth goddess — have been found by police and will appear in St. Peter’s Basilica Sunday for the closing Mass of the synod.

“On Sunday those images will be in St. Peter’s Basilica at the closing Mass,” he announced at the conclusion of his remarks at the afternoon session.