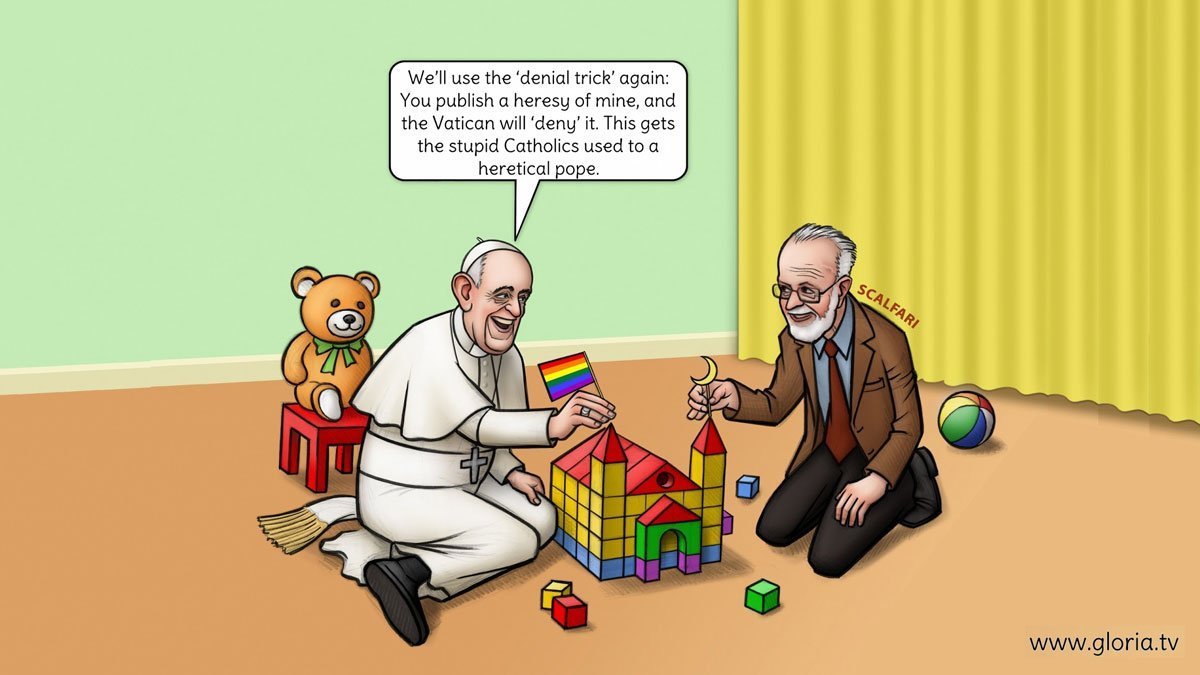 Since the news broke early this week that the nonegenarian atheist socialist editor of Italy’s La Repubblica, Eugenio Scalfari, claimed that Pope Francis told him during one of their many conversations that he did not believe Jesus was God, the Catholic commentariat has been engaged in a rhetorical battle to the death over who to believe, whether it’s true, and what it all means.

For those willing to look objectively at the matter, it becomes clear that the confusion is the result of an intentional strategy on the part of the pope and his communications team. Inasmuch as deception is a key component of this strategy, they will never admit it, but it is my hope to demonstrate here that this is the only reasonable explanation.

Who Do You Trust?

I’d like to begin by addressing a question I’ve seen asked many times, if in different words: Why should we believe a 95 year old atheist socialist who doesn’t even take notes instead of the pope?

And to be clear this isn’t a caricature, here’s an actual quote:

He didn’t say it. And denied it. And the guy who made the allegation is ****a 90 year old atheist who takes no notes****

I’m no fan of Pope Francis, but I do have to wonder, if an atheist with an axe to grind against the Church, is the best “witness” to anything the Pope says? This just seems too “convenient,” if you know what I mean?