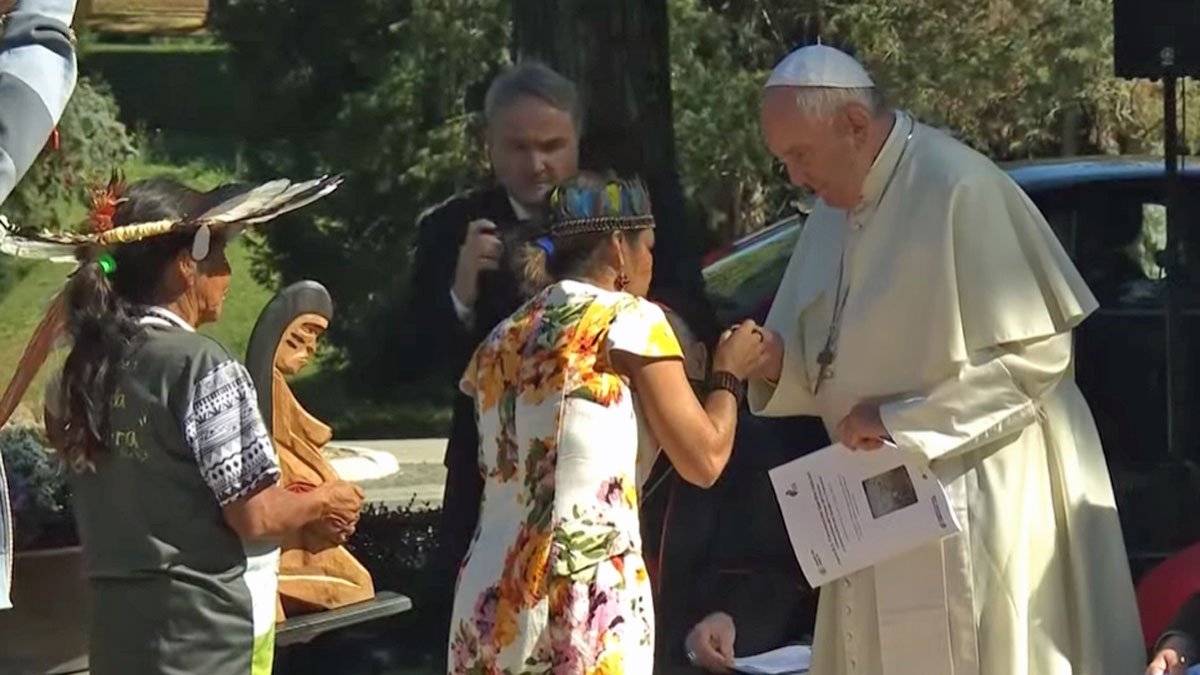 Indigenous leaders of the Amazon offered up prayers for the Earth in the Vatican gardens on Friday with Pope Francis, who consecrated the upcoming Pan-Amazon Synod to St. Francis of Assisi.

During the prayer ceremony, Pope Francis planted a tree from Assisi in the gardens as a symbol of “an integral ecology” — to consecrate the Amazon Synod to St. Francis — in the imminent 40th anniversary of the papal proclamation of St. Francis as the patron saint of environmentalists.

“We place the Synod under the protection of St. Francis,” the pope said in his remarks. “His life and work give us the essential lines to discern new paths for the Church and for an integral ecology.”

“Let us ask the ‘Poverello’ of Assisi to intercede for this synod, so that we may live a process of ecological and pastoral conversion and allow ourselves to be seriously challenged by the geographical and existential peripheries of the Amazon,” he said.

Representatives of the indigenous peoples of the Amazon took part in the ceremony, dancing, singing, and offering prayers for the Earth, accompanied by their traditional instruments.