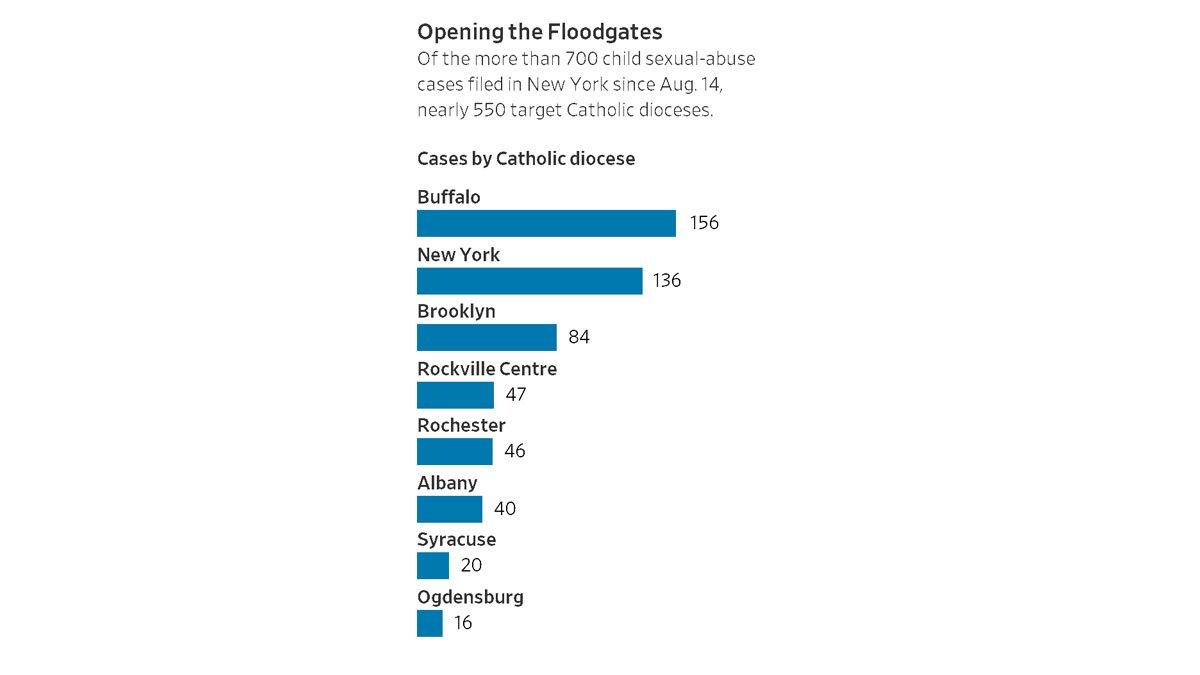 One woman alleged that an elementary-school teacher repeatedly put his hand up her skirt while hidden behind a chalkboard, sometimes hitting her with a plastic bat. A man accused a social-service worker tasked with driving him to court of abusing him in a car. Another man claimed that while he was hospitalized at age 7, staffers sodomized him with a broomstick.

These are among the alleged victims in more than 700 lawsuits filed since Aug. 14, when the state of New York opened a one-year windowduring which people who say they were sexually abused as children can sue their alleged abusers no matter how long ago the abuse occurred. The law has already had financial impacts, with the Diocese of Rochester filing for bankruptcy earlier this month, citing legal costs and settlements.