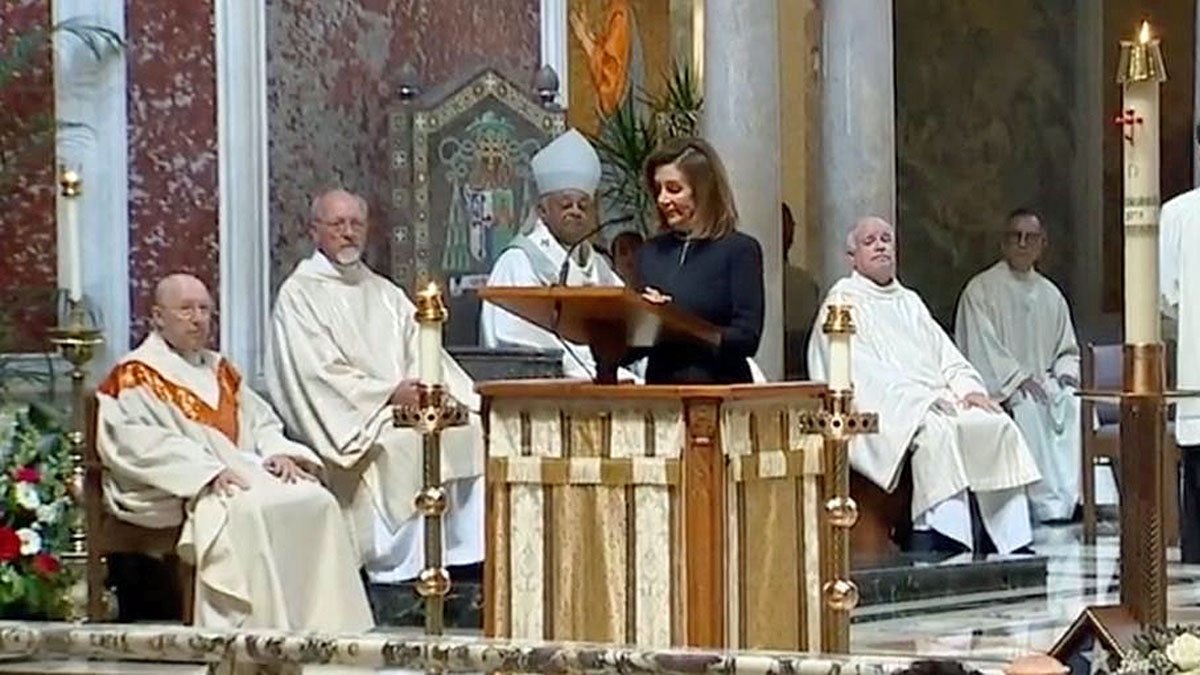 Archbishop Wilton Gregory offered a funeral Mass for pro-abortion journalist Cokie Roberts on September 21 at the Cathedral of St. Matthew the Apostle, praising her in his homily as an “extraordinary, professional servant of the truth.” The left-wing commentator “believed in God’s word…accepted it and fashioned her life around that word,” said Gregory.

Pro-abortion House Speaker Rep. Nancy Pelosi, D-CA, delivered a eulogy from the lectern in the cathedral sanctuary during which she called Roberts a “national treasure.”

Cokie Roberts and her husband Steve Roberts had a long-running influential column, which they used to ridicule pro-life advocates as “extremists.” The two referred to the federal ban on partial-birth abortion as “off the track” and “cynical game-playing” on the part of pro-life activists. Partial-birth abortion is a method of late-term abortion that involves delivering a baby feet first until all but his head has exited the womb and then stabbing scissors into the base of his skull and sucking his brains out. The U.S. Supreme Court ultimately upheld the ban on that particular method of late-term abortion; other methods remain legal across the U.S.