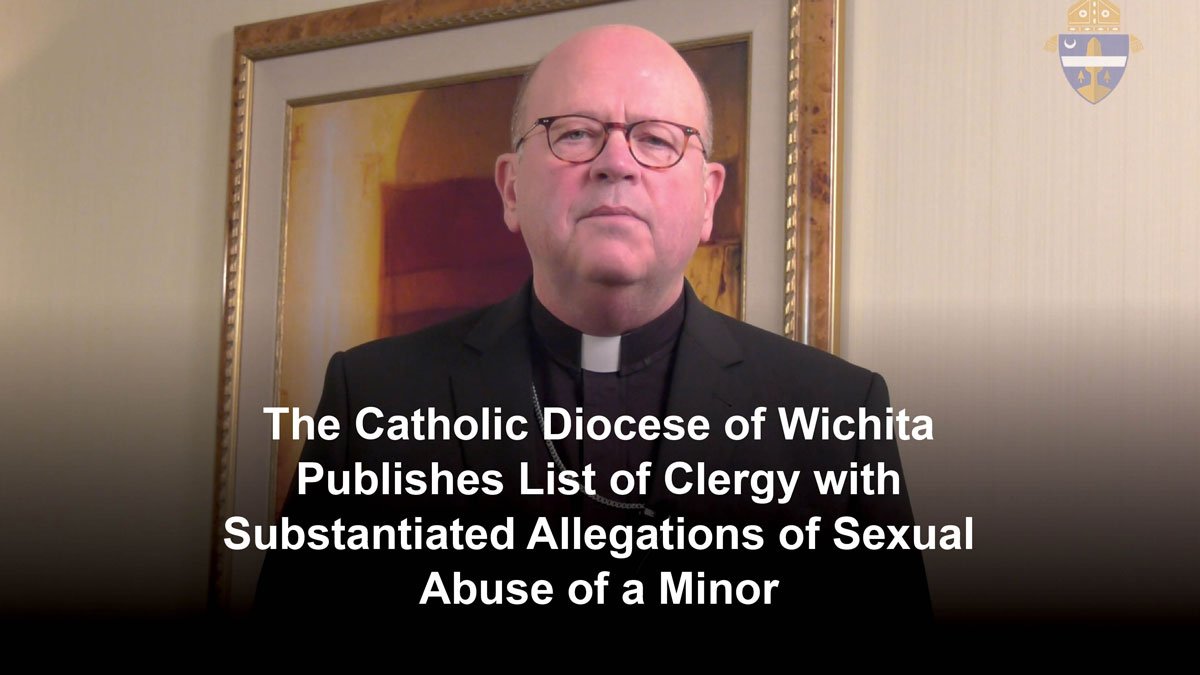 It also on Friday released a letter from Bishop Carl Kemme saying the diocese will soon provide information on the substantiated allegations to the Kansas Bureau of Investigation, which is conducting a statewide investigation of Catholic priests.

The diocese posted on its website Thursday evening the names of nine priests of the Wichita diocese against whom allegations have been substantiated. The other six priests have had allegations in similar lists published by other parishes and served in Wichita for a period of time, the diocese said in a news release.