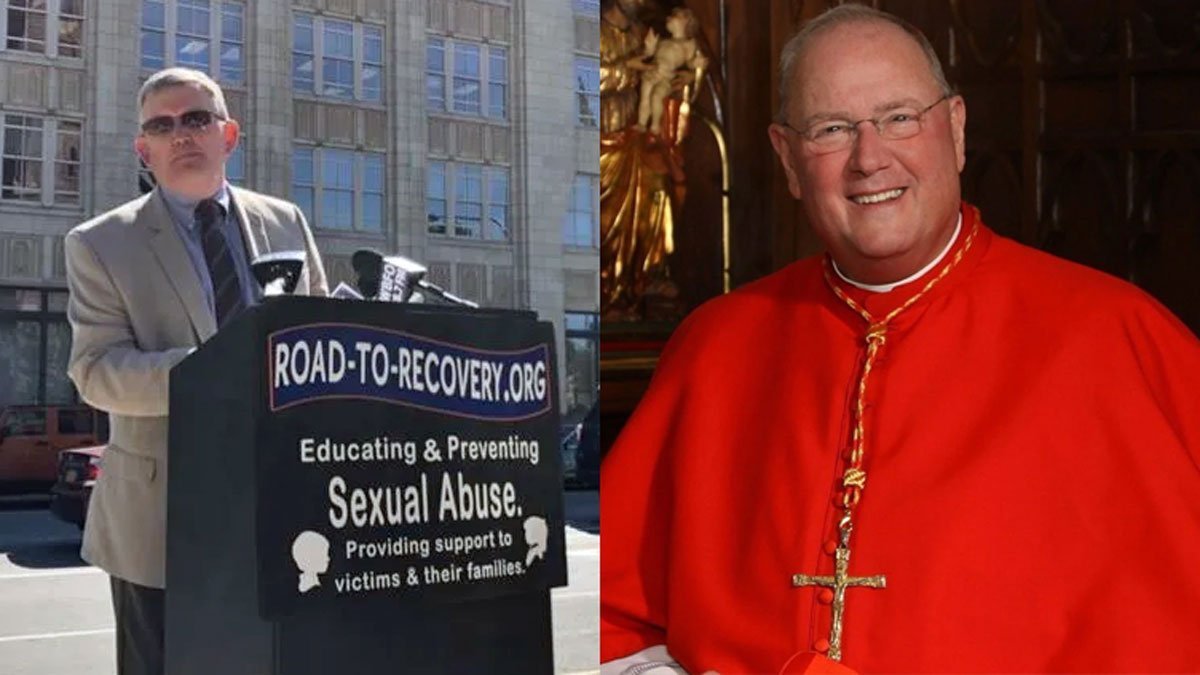 Sex abuse victims advocate Robert Hoatson has been calling for Bishop Richard Malone’s resignation for more than a year-and-a-half.

On Wednesday morning, he held yet another press conference outside the Catholic Diocese of Buffalo, but he appears ready to take up a new strategy, as his previous attempts of demanding Malone to resign have so far been in vain.

“We are here for the umpteenth time to call on Bishop Malone to resign, but we’re going to start with a different angle this time,” said Hoatson.

He then explained a story that happened last week in St. Paul, Minnesota, as an archbishop began a “Metropolitan Model” investigation of one of the bishops who was accused of mishandling a case of sexual abuse. The results of that investigation will be sent to the Vatican for perhaps further action on the bishop.

“Today, we’re here to call on Cardinal Timothy Dolan of New York, who is the Metropolitan Archbishop of New York State, to intervene in the Diocese of Buffalo and do something about the mishandling and negligence of Bishop Richard Malone,” said Hoatson. “It’s been too long now that Bishop Malone has arrogantly refused to resign.”

Hoatson noted that a recent Buffalo News poll indicated that about 86% of Buffalo Catholics in two counties are in favor of Malone stepping down, even though the bishop has publicly stated on several occasions that he feels he has the support of a majority of Catholics within the Buffalo Diocese.

“Imagine 86% of Catholics telling the bishop that he should no longer be serving here,” he continued. “That is an astronomical number, especially in a religion context. Why? Well, because Catholics in general, an particularly in a Catholic diocese like Buffalo, we usually don’t see numbers like that; Catholics tend to be very, very supportive of their bishop.”

Listen to Hoatson’s full comments below: