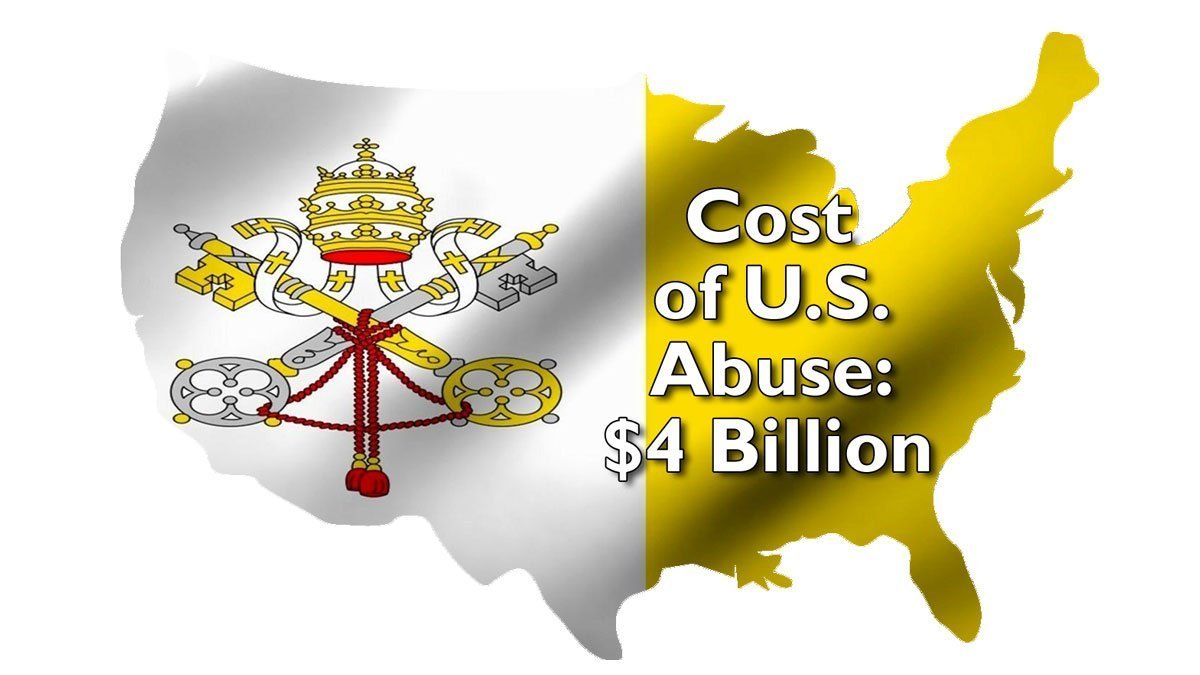 With 17,651 parishes in the United States, the cost of abuse now amounts to $56,655 per parish – imagine what your parish could do with this extra money?

The Catholic Church in the United States has spent a staggering sum of close to $4 billion in the past 20 years to compensate victims and to investigate, adjudicate and prevent clergy sex abuse.

At least 20 U.S. dioceses since 2004 have filed for bankruptcy protection to pay their bills and provide financial compensation for victims. On Sept. 12, the Diocese of Rochester in New York became the latest to petition the federal courts for Chapter 11 reorganization.

“This is a very difficult and painful decision,” said Bishop Salvatore Matano.

The diocese is facing nearly 50 lawsuits filed in the wake of New York’s Child Victims Act, which has suspended the state’s civil statute of limitations in sex abuse cases for one year.

The Catholic Courier, Rochester’s diocesan newspaper, reported Matano as saying that Chapter 11 was “the best and fairest course of action for the victims and for the well-being of the diocese, its parishes, agencies and institutions.”

“We believe this is the only way we can provide just compensation for all who suffered the egregious sin of sexual abuse while ensuring the continued commitment of the diocese to the mission of Christ,” Matano said.