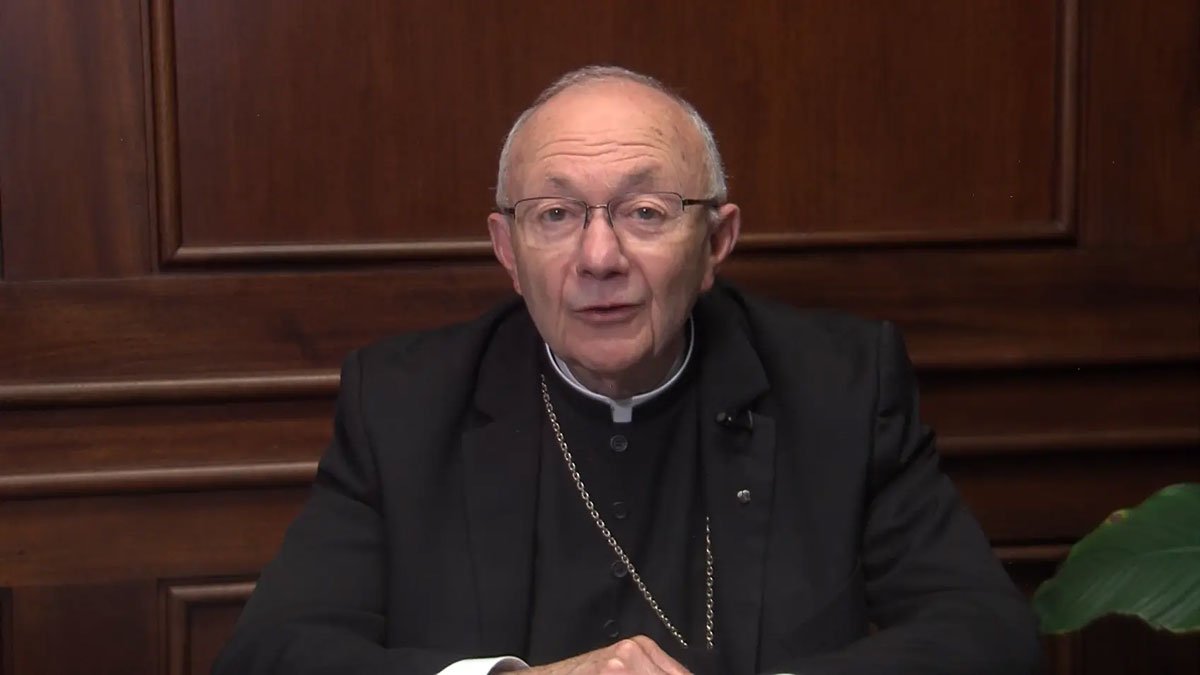 In a memo obtained by KATC Investigates, Lafayette Bishop J. Douglas Deshotel has forbid any seminarian from being “associated” with The Society of St. Peter Damian.

“Any seminarian known by me to be associated with or be a member of the Society of Saint Peter Damian shall be dismissed from the seminary and no longer be a student for the Diocese,” Deshotel wrote in a memo dated September 12. 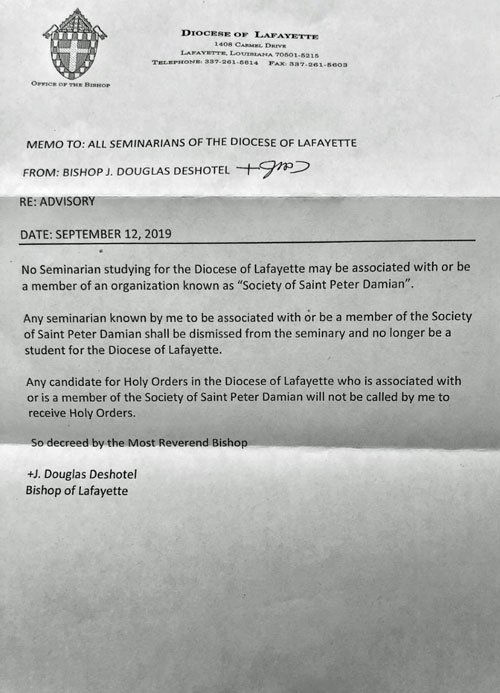 “The diocese claims to have a 100% safe environment rating. This is simply not true, it’s demonstrably not true,” said Quinn Hebert, a former seminarian and member of SSPD. “When we bring attention to a violation ‘the priest has been corrected, gently corrected in private’–but seminarians will be removed from seminary for associating with us?”

In a statement, a diocesan spokesperson said “Bishop Deshotel has no comment.”