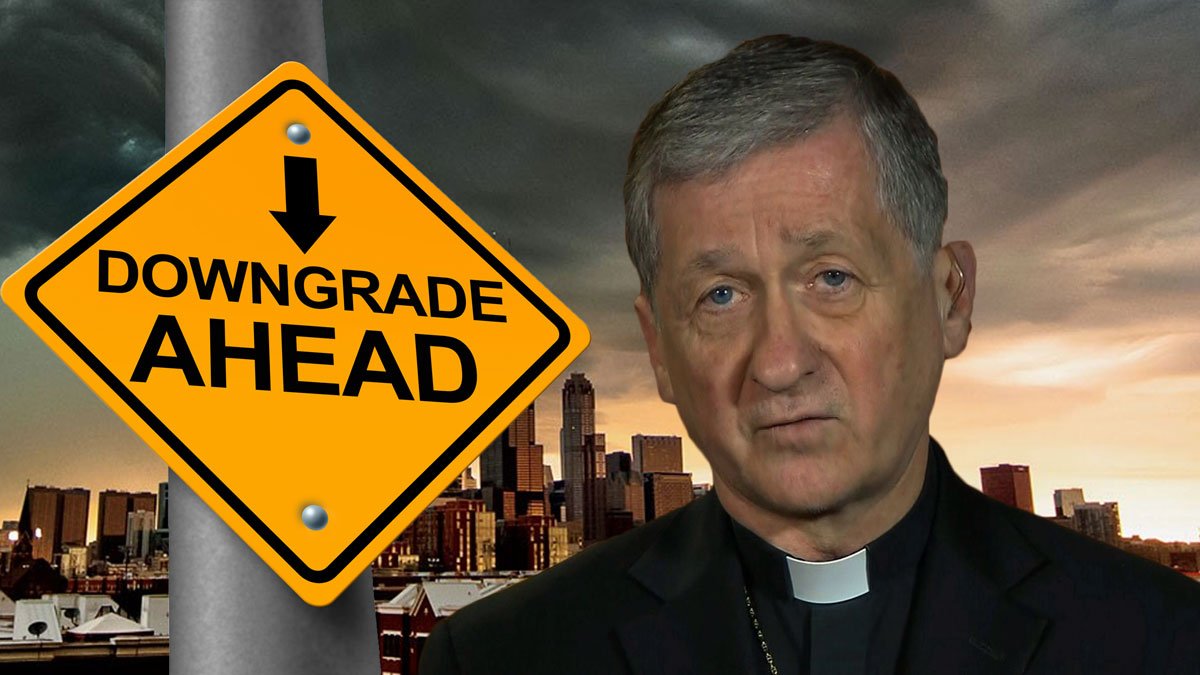 Moody’s shifts its outlook to negative, citing an Illinois attorney general investigation into priest abuse claims that already have cost the Roman Catholic archdiocese $60 million in the past two years.

Citing a probe into alleged sexual misconduct by priests, a major credit rating agency is warning it soon may downgrade debt issued by the Archdiocese of Chicago.

Moody’s Investors Service revised to negative its outlook on more than $137 million in unsecured notes issued by the Roman Catholic archdiocese. The firm left intact its core rating of A1 on the debt, but a change in the outlook is a sign of concern and often leads to an actual downgrade later.

Moody’s said the archdiocese, headed by Cardinal Blase Cupich, already has paid out $60 million in misconduct complaints in just the past two years. The archdiocese still has adequate liquidity with $1.05 billion in cash and investments.

The Illinois attorney general’s office is investigating all six Catholic dioceses in the state and how they have handled complaints of misconduct.

“Although (the archdiocese) is a national leader of the Catholic dioceses in implementing policies and procedures regarding misconduct, the outcome and timing of the investigation’s completion is not known,” Moody’s said in a statement. “The negative outlook reflects the uncertain impact on the archdiocese’s cash and investments from settlements of current sexual misconduct claims or the  emergence of new claims that could materially reduce financial reserves.”

Moody’s said its report also reflects what it characterized as “still thin operating performance,” with costs for pensions and other matters rising.