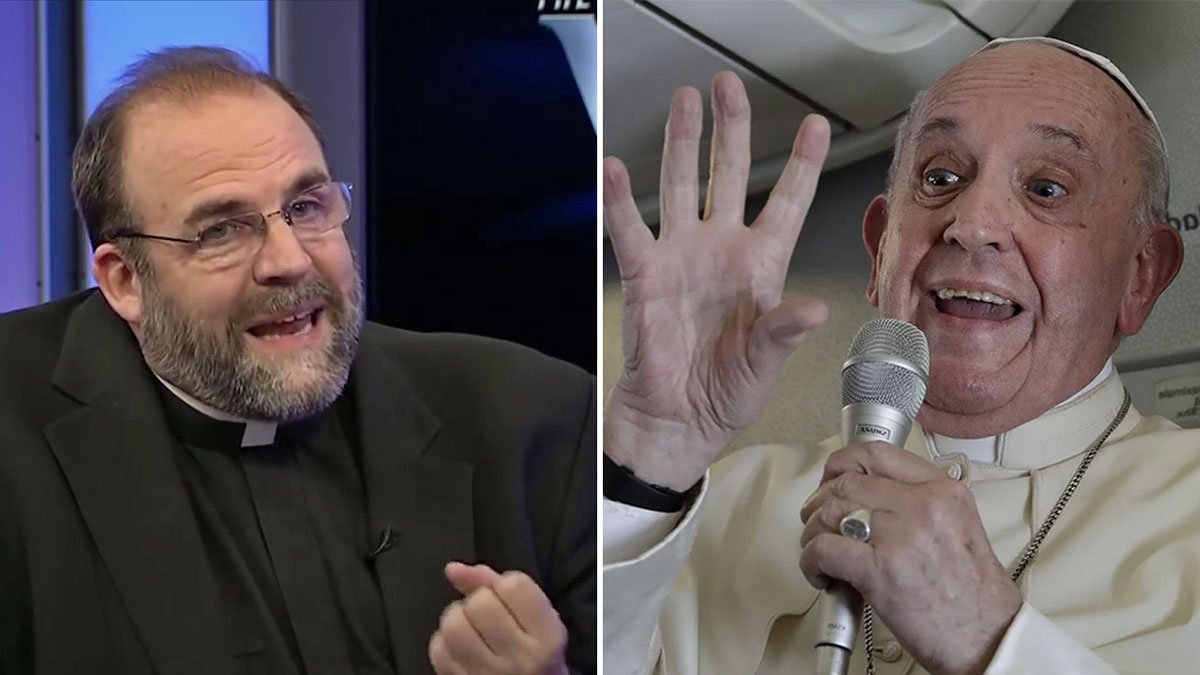 A widely-recognized and respected American priest has responded to Pope Francis’ recent remarks on “young, rigid priests,” saying in a social media post addressed to the Pope that he must “honestly and painfully say that I am wearied from being scorned and demonized by you.”

On his way to Mozambique, the Argentinian pontiff stated that he considered it to be an honor to be attacked by Americans. In a prepared speech to the bishops of Mozambique on September 7, he warned them against “young, rigid priests.” On his return to Rome yesterday, Pope Francis again mentioned “rigidity,” saying that “we have many, many schools of rigidity” in the Church. The pontiff also said that he does not “fear schisms” and said that there had been many schisms in the Church.

While advising the bishops of Mozambique on choosing men for ministry, Pope Francis said:

“I would like to emphasize an attitude that I do not like, because it does not come from God: rigidity. Today it is fashionable, I do not know about here, but in other parts of the world it is fashionable, to find rigid people. Young, rigid priests, who want to save with rigidity, perhaps, I don’t know, but they take this attitude of rigidity and sometimes – excuse me – from the museum. They are afraid of everything, they are rigid. Be careful, and know that under any rigidity there are serious problems.”

Santo Padre, I’m not feeling the love here, I don’t feel accompanied by you. Make room in your heart for me and others like me. I am not a young priest, but I know you don’t like my type of priesthood. Further I am an American and this mere fact seems to also make me troublesome in your eyes. I am not afraid of everything a you state, but I do have concerns for the ambiguity of some of your teachings and severity of some of your actions. Yet when we, your less favored sons, ask you questions you will not answer or clarify. In all this I am still your son and share the priesthood of Jesus with you. I await the solicitude and gentle care from you that you say I, and others like me, lack. Meanwhile I must honestly and painfully say that I am wearied from being scorned and demonized by you.

British blogger-priest Fr. Raymond Blake circulated the cri-de-coeur on Twitter, adding, “I don’t see this continuous criticism from our beloved Holy Father as Christlike, I find it painful and destructive of faith and unity, and contrary to the action of the Holy Spirit’s action in the Church.”