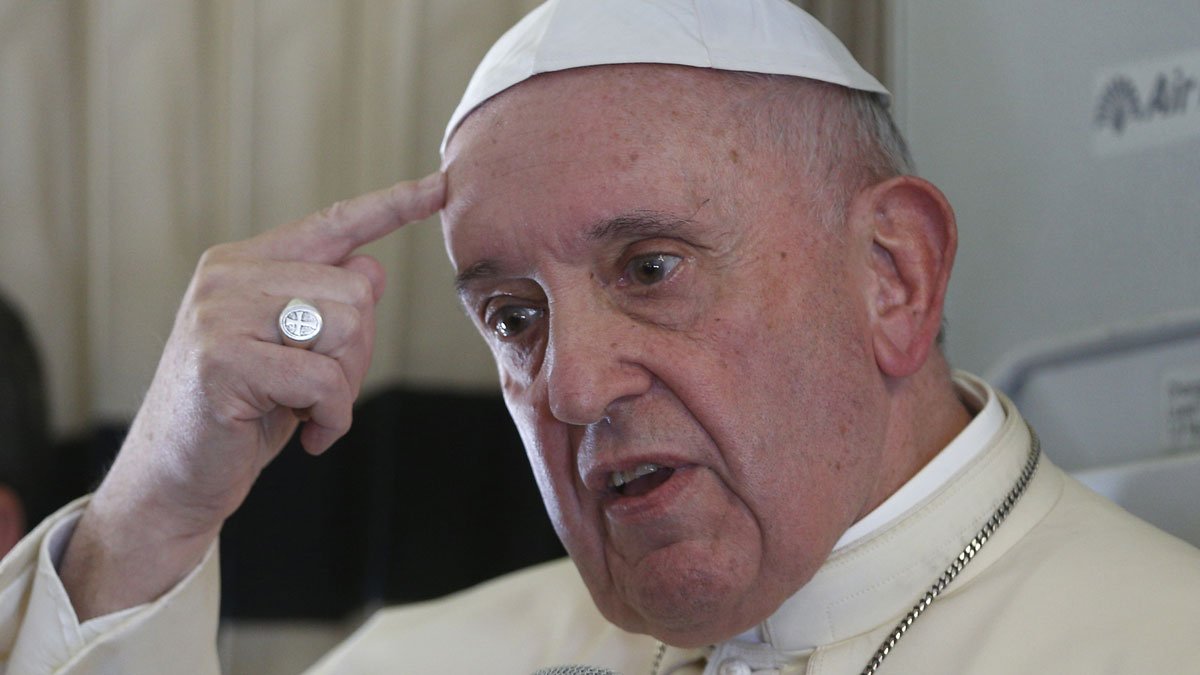 “I am not afraid of schisms,” Pope Francis told reporters during his latest airplane press conference.

Well, I am. And I’m afraid of any Roman Pontiff who isn’t afraid of splitting the universal Church.

Which means that, yes, I’m afraid of Pope Francis.

As we head into the Amazon Synod, there are numerous indications that the Pope and his allies will use the meeting to ram through another set of dramatic changes in Church teaching and discipline. He is willing to break with our fathers in faith; he is willing to break with his brothers. I fear that the Pope is determined to have his way, regardless of the cost to Church unity.

As I remarked recently, in the past few weeks we have seen disturbing signs of a new attitude at the highest echelons of the Vatican: a willingness to suppress and dismiss critics of the Pope without even a pretense of gentility. That aggressive approach—perhaps a bid to ensure “irreversible change” in the limited time available—was on display when the Pope replied to a question from Jason Horowitz of the New York Times, about the criticism the Pope has encountered from American Catholics.

Horowitz introduced the question of schism, asking if it worried the Pontiff. But he did not suggest that it was an imminent threat. He acknowledged that some American Catholics are “very critical,” but he pointed out to the Pope that it was “some of your closest allies who have spoken of a plot against you.” Thus the Times reporter traced the current discussion of schism to its proper source. It is not the Pope’s critics who are suggesting a break; it is his allies who claim that any criticism—however mild, however respectful, however logical—is a threat to the Pope’s authority and an assault on Church unity.