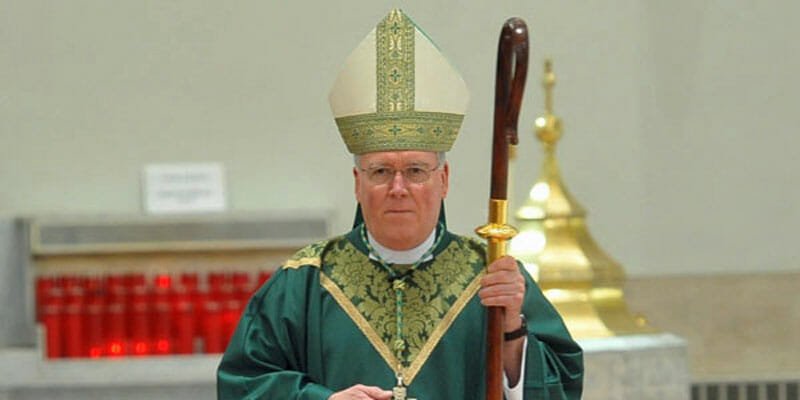 The organizing committee of the Movement to Restore Trust, a panel of lay Catholics formed last year to address concerns about the Diocese of Buffalo’s child sex abuse scandal, has asked Bishop Richard Malone to resign, it said in a written statement issued Thursday afternoon.

This was a very difficult decision that was arrived at following lengthy prayer, reflection and discussion.

MRT is the independent organization of concerned, committed Catholics of the diocese, formed in 2018 to assert the laity’s rightful role in the Church and to help lead a movement to restore trust and confidence in the Church in the wake of public disclosures about the diocese’s handling of clergy sex abuse cases.  In the past nine months, MRT has hosted symposia and coordinated the production of a 68-page report detailing its blueprint for reform.

We make this request of Bishop Malone with a degree of humility and sadness.  We had embarked upon our work with the hope that we could be a catalyst for reform and the restoration of trust of the faithful in the diocese.  While we have made some progress toward that goal by working with Bishop Malone and the Joint Implementation Team, recent events and disclosures have led us to conclude that the diocese is at a critical point and that further progress is not possible.  We believe that continuing to press forward under these circumstances jeopardizes MRT’s comprehensive reform agenda and compromises our ability to be agents for positive change.

Our decision to ask Bishop Malone to resign was not made lightly and as we have pointed out in the past, the sex abuse scandal in the diocese dates back several decades, long before Bishop Malone arrived here.  But it is also true that he has not handled current cases properly and as a result, there is a substantial risk of harm to the diocese and the good works that the Church does in this region.

MRT believes that the Vatican should appoint a temporary diocesan administrator, a priest with no ties to the Diocese of Buffalo, while it considers the appointment of a permanent Bishop of Buffalo.  We will be making our views known to Cardinal Timothy Dolan, archbishop of New York and metropolitan for the Ecclesiastical Province of New York, which includes all eight Catholic dioceses in the state, and to the Apostolic Nuncio to the United States, Archbishop Christophe Pierre.

Our goal remains justice and healing for the victims of sex abuse and the restoration of trust in Christ’s Church.  In order for our Church to move forward, and for the good of the diocese, the time has come for new leadership – leadership committed to openness, transparency, and co-responsibility with the laity.

We look forward to developing a rapport with the next spiritual leader of the Buffalo Diocese in order to get the process of reform back on track as soon as possible.  The MRT report contains very rich material that provides a roadmap for the next leader of this diocese.

At this time, we are formally pulling back from all of our commitments with the diocese until the bishop resigns. For that reason, MRT will not be participating in the next diocesan Listening Session scheduled for Wednesday, Sept. 11.