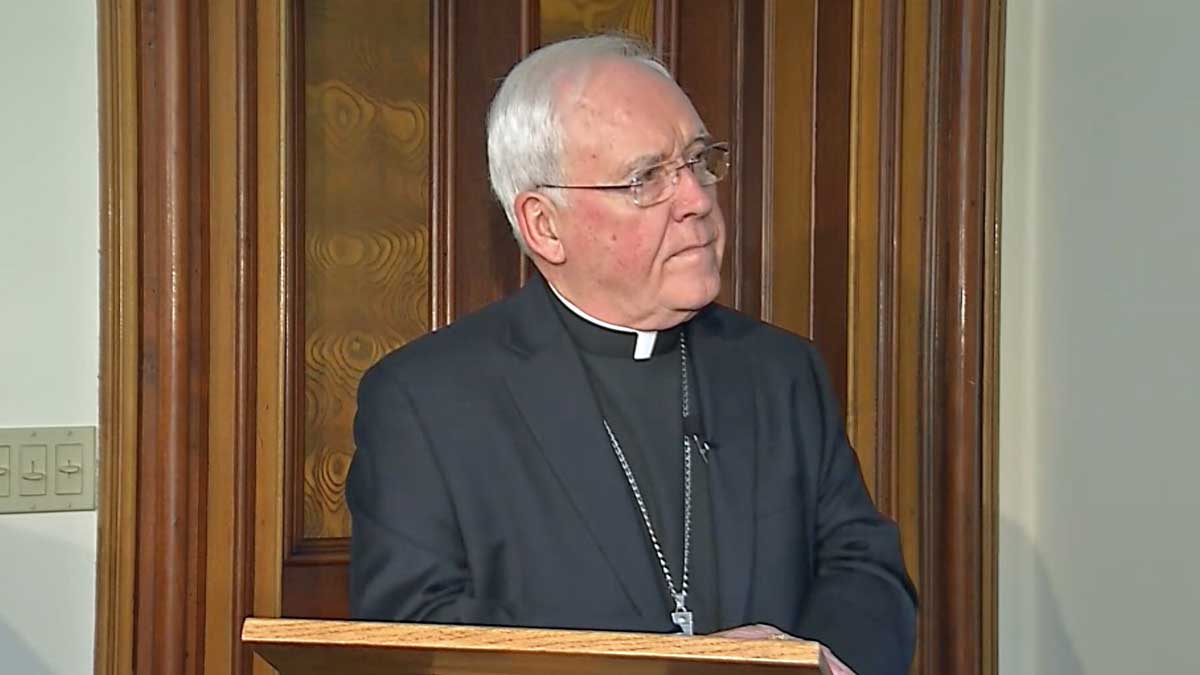 Facing another in a series of scandals enveloping the Buffalo Diocese, Bishop Richard J. Malone said this afternoon that he does not plan to resign as the leader of the Catholic Church in Buffalo.

“I don’t feel it’s time for me to move on,” he said during a news conference in St. Joseph’s Cathedral.

The diocese has been embroiled in the wider Catholic Church scandal involving allegations of clergy sexual abuse of children, with a number of prominent Catholics calling on Malone to resign over his handling of the issue. The passage of the Child Victims Act in New York, allowing people a one-year look-back window to file lawsuits over incidents that happened as long as decades ago, brought the scandal back into the headlines in August and renewed criticism of Malone.

The issue that led to Wednesday’s news conference centered on a love letter from a priest to a seminarian and another priest’s alleged sexual harassment of the same seminarian. Malone could be heard in secretly recorded audio calling the crisis over a love triangle involving priests a “disaster” that could force him to resign.

The audio released late Tuesday by WKBW-TV showed Malone confiding in his secretary, the Rev. Ryszard Biernat, that “this could be the end for me as bishop,” if a story surfaced in the media about the love letter from Biernat to seminarian Matthew Bojanowski and the alleged sexual harassment of Bojanowski by another priest, the Rev. Jeffrey Nowak.