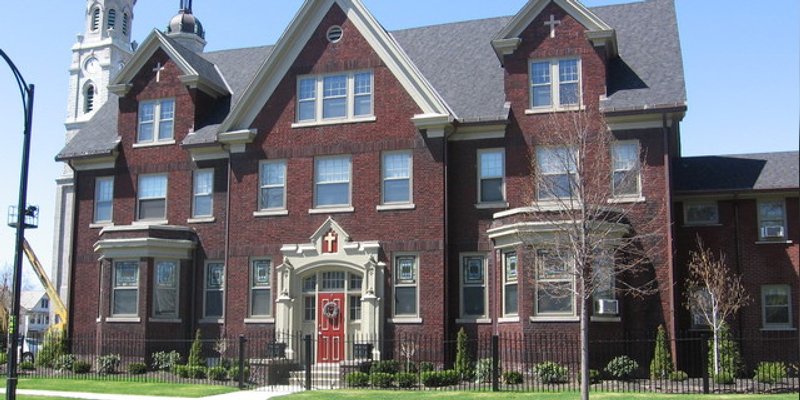 Sexual abuse survivors say Bishop Richard J. Malone is out of touch with the community.

They cite a new 8-foot fence surrounding his mansion, which they have dubbed “Fort Malone”.

It’s a fence that, according to City of Buffalo inspectors, appears to be in violation of the city’s building code and may need to be removed — although the diocese says it received special permission for the fence.

“To me, it felt like this was a big castle, and that the king didn’t want the peasants to get too close to the building,” abuse survivor Stephanie McIntyre said of the bishop’s new fence. “If there was room for a moat…I think he would put it in.”

McIntyre — along with her husband, Kipp — visited the East Side mansion this weekend while they were in town meeting with other survivors.

“I think both of us were just shocked,” Kipp McIntyre said. “I’ve never seen anything like that. I’ve seen a lot of Bishop residences.”

The McIntyres also referred to an internal church budget obtained by the I-Team last year that showed Bishop Malone spent $200,000 on upgrades before moving in.