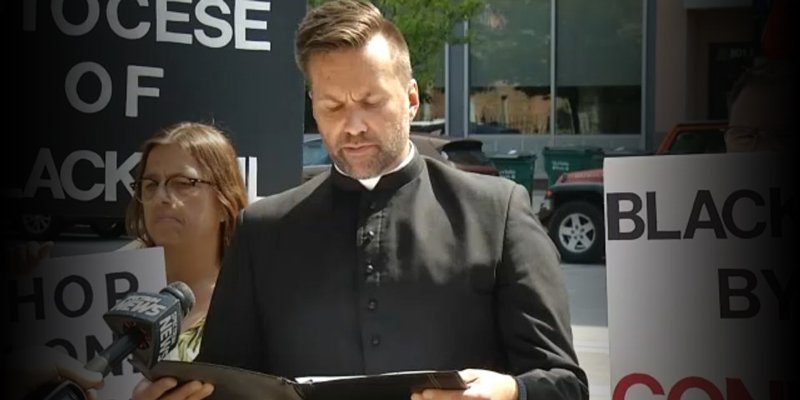 Only days after the dean of seminarians resigned in disgust from Buffalo, New York’s seminary over its corrupt culture, another seminarian is also calling it quits.

Matthew Bojanowski, whose mother took to media in early August to expose what she calls Bp. Richard Malone’s cover-up of homosexual harassment, took part in a protest outside the Buffalo chancery Tuesday morning, where he called out Malone and his staff for attempts to “sabotage” his priestly vocation.

“Their goal for their slander and harassment was revenge and sabotage of my vocation to the priesthood,” Bojanowski said, referring to retaliation he suffered after reporting on sexual harassment he experienced at the hands of Fr. Jeffrey Nowak.

In spite of submitting his complaints about Nowak to Malone in November 2018 — including a claim that Nowak breached the seal of confession and spread private information to others about Bojanowski — Malone left Nowak in active ministry for nine months, even though he acknowledged that Nowak was being investigated.

This differed from his treatment of 19 other priests, all placed on leave while under investigation.