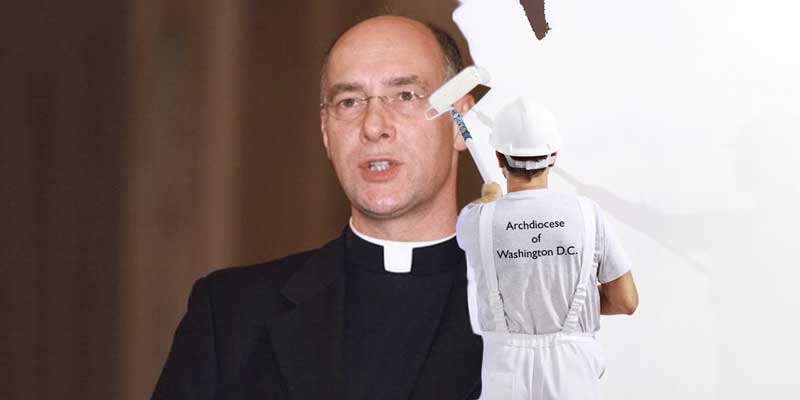 In June, Archbishop Carlo Maria Viganò, the former papal nuncio to the United States, corroborated my year-long reporting on the corruption of Monsignor Walter Rossi, the head of one of the most important churches in the United States, the Basilica of the Shrine of the Immaculate Conception in Washington, D.C.

“You can read about him online at the American Spectator website,” said Viganò, noting that as papal nuncio he had received complaints about Rossi as a gay predator. “He is without a doubt a member of the gay mafia,” he said.

By affirming my reports, Viganò broke open the Rossi story and forced the bishops to investigate him. Archbishop Wilton Gregory of Washington, D.C. and Bishop Joseph Bambera of Scranton, Pennsylvania, announced this week that they will jointly examine allegations of misconduct by Rossi.

Could this investigation turn into a whitewash? Yes. It is obvious that Gregory and Bambera opened this investigation with the greatest reluctance. Asked about the Rossi scandal at a public event earlier this week, Gregory at first tried to dismiss it, even as he allowed that a “forensic investigation” should start. The Diocese of Scranton revealed the next day that it had referred charges about Rossi to the archdiocese of Washington, D.C., last year.

Read the rest at American Spectator