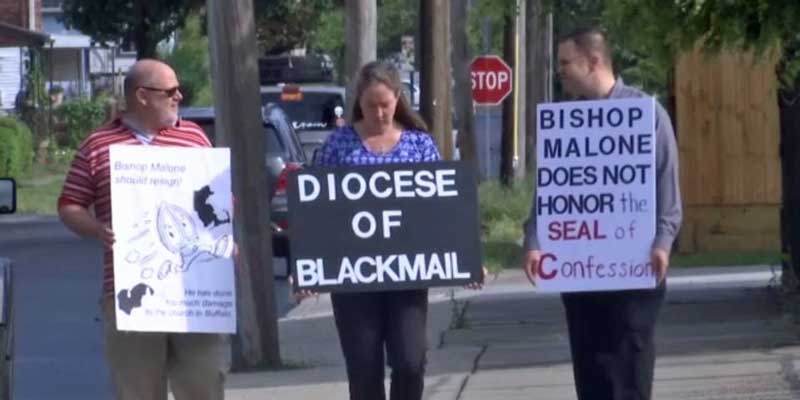 As the Catholic Diocese of Buffalo faces more than 100 lawsuits filed under the Child Victims Act, a former seminarian is now accusing the diocese of blackmail.

The move comes just days after Parisi himself resigned from Christ the King Seminary in East Aurora.

He alleges diocesan leadership threatened seminarians who spoke out or challenged the church.

Specifically he’s referring to a party at Saints Peter and Paul Rectory in Hamburg where they overheard three Hamburg priests making inappropriate comments.

The diocese later suspended all three of those priests, but Parisi said the seminarians were warned not to talk about it or they could face retaliation.

Those seminarians aren’t allowed to work and are mostly dependent on the diocese.

“It hasn’t impacted my faith in God, but it definitely has impacted my faith in the institutional church because the bishops can try to hold some priests accountable, but the check and balance system for bishops still needs some serious work,” Parisi said. “You don’t tell on me, I won’t tell on you. And I think that’s how these abuse cases perpetuate. And that’s why bishops around the country, why there is so much in action.”

Parisi is also calling for an investigation of the seminary and its leadership.