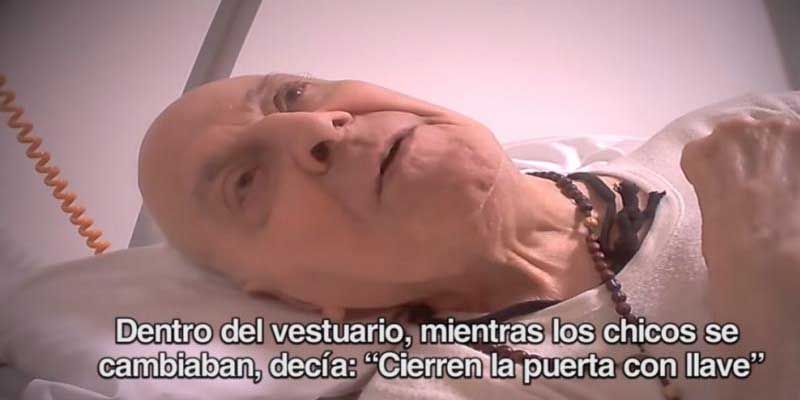 The trial of two priests and a layman accused of serial sexual abuse of impoverished deaf boys and girls in their care began in a courtroom in Argentina, where dozens of survivors and their supporters are demanding transparency and justice for “abominable crimes” committed at the Instituto Próvolo for deaf-mute children.

In Mendoza, the capital city of the Argentine province of the same name, the trial of ex-priests Nicola Corradi (83) and Horacio Corbacho (61), and former gardener Armando Gómez (49), begun on August 5, is being closely watched. They are being tried on more than two dozen charges of sexual abuse and corruption of minors who were students at Instituto Provolo in the town of Luján de Cuyo, about 800 miles west of Buenos Aires, the national capital.

In a written statement provided to the media, survivors of the sexual abuse meted out at the institution for the deaf described the accused clerics: “They’re monsters in cassocks who committed abominable crimes against minors.” The statement said, “We note that the Catholic Church has given financial support to the defense of the accused. That the results of the canonical probe by Vatican representatives Dante Simon and Alberto Bochatey have not been released is clear evidence of a cover-up and is a mockery of the judiciary and society as a whole.”

The frail Corradi is currently under house arrest.

Victims and their supporters are asking the court to allow the use of one-way mirrors during the trial so as to prevent further trauma to the victims. They are also asking for additional psychological counseling for the victims, as well as having sign language interpreters during all of the proceedings so the victims can effectively communicate.

In an interview with an Italian jouranlist, Corradi laughed and recounted unapologetically the sodomitic rape of children. A video recorded at a hospital in Italy in 2017 showed the elderly priest boasting about his crimes.