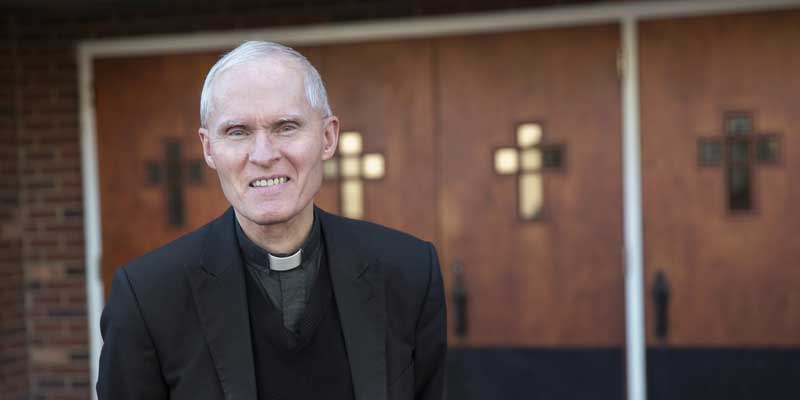 Bishop Brennan is 72 years old and received episcopal consecration in January of 2017. He came from the clergy of Washington, DC, and was named auxiliary to Baltimore out of the clergy of Washington, DC, while Cardinal Donald W. Wuerl was archbishop of the capital see. On 5 December 2016, Brennan was one of two men picked to become auxiliary bishops for the Archdiocese of Baltimore following the resignation of Auxiliary Bishop Denis Madden.

Bishop Brennan received most of his priestly formation at the Pontifical North American College in Rome, and attended the Pontifical Gregorian University, taking a Licentiate in Sacred Theology in 1972. Ordained to the priesthood in 1973 by then-Archbishop William Wakefield Baum, he pursued further study in Rome until 1974, and then served in various parishes and offices — including a ten-year stint as director of vocations and priest programmes from 1988-1998.

The Diocese of Wheeling-Charleston has been without a bishop since 13 September 2018, when Pope Francis accepted Bishop Bransfield’s resignation — within a week of Bransfield’s 75th birthday, when bishops are required to submit a letter of resignation — and announced an investigation into Bransfield’s conduct, citing allegations of both sexual and financial misconduct.

Archbishop William E. Lori of Baltimore directed the investigation, which uncovered Bransfield’s habit of lavish and inappropriate spending, as well as significant evidence to support allegations of sexual misconduct with adults, detailed in a report submitted to Rome earlier this year.