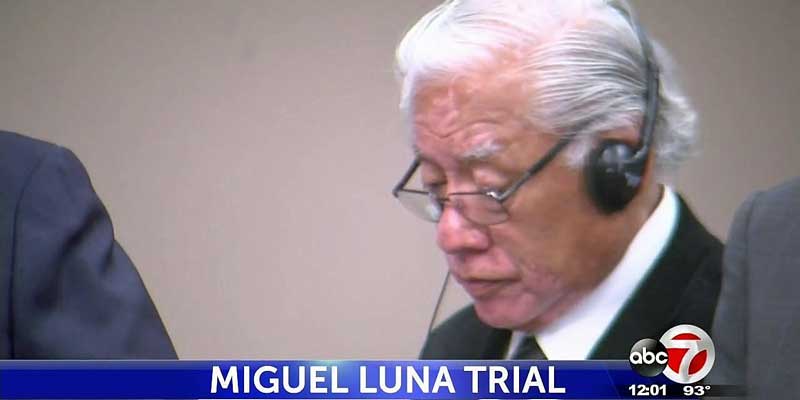 A jury Monday evening convicted a former El Paso Catholic priest in a child sexual assault case that dates back to the 1990’s, when he was still an active priest.

Jurors in the trial of Miguel Luna, 68, deliberated for about five hours before returning a guilty verdict on all 12 counts he faced. Luna, who had been free, was immediately taken into custody in the courtroom after the verdict was read.

The sentencing phase of the trial was set to begin Tuesday morning, with Luna facing the possibility of a life prison sentence.

In closing arguments, prosecutors — just as they did in their opening statements — called Luna a “wolf in sheep’s clothing,” saying he used God to manipulate his victim. But the defense sought to hammer away on what it said were discrepancies in the story told by Luna’s accuser.