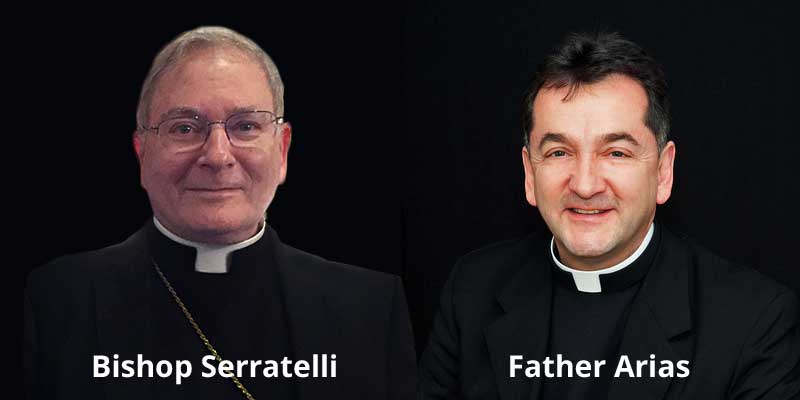 A New Jersey Catholic bishop — one of Theodore McCarrick’s creations — is protecting and promoting homosexual predator clergy and sources tell Church Militant he is lovers with one of those priests he is protecting — all part of what Abp. Viganò calls the corrupt homosexual mafia running the Church.

Hello. I’m Michael Voris. Welcome to this special report, where we look into the diocese of Paterson, New Jersey, headed by Bp. Arthur Serratelli, a man whose entire career has been dogged by allegations of homosexual misconduct and who protects and promotes alleged homosexual predators.

He was mentored by Theodore McCarrick, who was the primary consecrator for Serratelli as auxiliary bishop in 2008 in Newark, New Jersey, where Serratelli was born, raised, ordained and taught Scripture for decades at Seton Hall University.

Investigators tell Church Militant Seton Hall has complaints on file against Serratelli for inappropriate conduct with seminarians, including inviting them to his private room, where he would shower and dry off in front of them.

As we’ve previously reported, Serratelli was a key figure in facilitating the gay seminarian pipeline from South America to the United States — and there’s evidence he’s still doing that now.

As a recap: Homosexuals would be recruited from Colombia and farmed out to East Coast seminaries, then sent on to a number of parishes and dioceses around the country. The scheme was exposed in a 2012 investigation by Fr. John Lavers, appointed to investigate the matter at Holy Apostles Seminary in Hartford, Connecticut.

But there’s evidence indicating Serratelli may still be facilitating a gay seminarian pipeline, primarily through one man: Fr. Hernan Arias, with whom the bishop has a very close relationship.

A number of inside sources have told Church Militant the two are homosexual partners.

TAKE ACTION: Contact Bishop Serratelli and demand his resignation if these reports are true