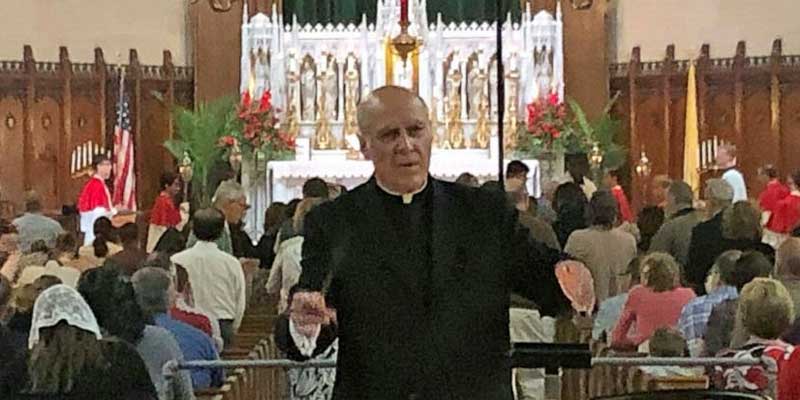 A priest of the archdiocese of Detroit is categorically denying claims that he abused a minor.

Father Eduard Perrone, longtime pastor of Assumption Grotto, with a reputation for orthodoxy and promoting the Traditional liturgy, was temporarily placed on leave following a single allegation the archdiocese has deemed “credible.”

“Effective July 5, 2019, Father Eduard Perrone, 70, has been temporarily restricted from any public ministry due to a credible allegation of abuse of a minor pending the outcome of a Church process,” the letter from the archdiocese stated.

The archdiocese goes on to detail its contact with Macomb County law enforcement and the Michigan attorney general’s office, adding, “The Archdiocese Review Board subsequently deemed the complaint to be credible, meaning it has a ‘semblance of truth.'”

But critics have noted that the letter violates Pope Francis’ instructions on handling sex abuse allegations. Catholics are also upset that the letter deliberately leaves out any mention that Perrone maintains his innocence.

In guidelines published on February 21, Pope Francis lists 21 points by which all sex abuse investigations must be handled.

The right to defense: the principle of natural and canon law of presumption of innocence must also be safeguarded until the guilt of the accused is proven. Therefore, it is necessary to prevent the lists of the accused being published, even by the dioceses, before the preliminary investigation and the definitive condemnation.

After the noon Mass Sunday, about 20 parishioners surrounded Msgr. Michael Bugarin, episcopal vicar and delegate for matters of clergy misconduct, demanding to know why Perrone was being treated unjustly.