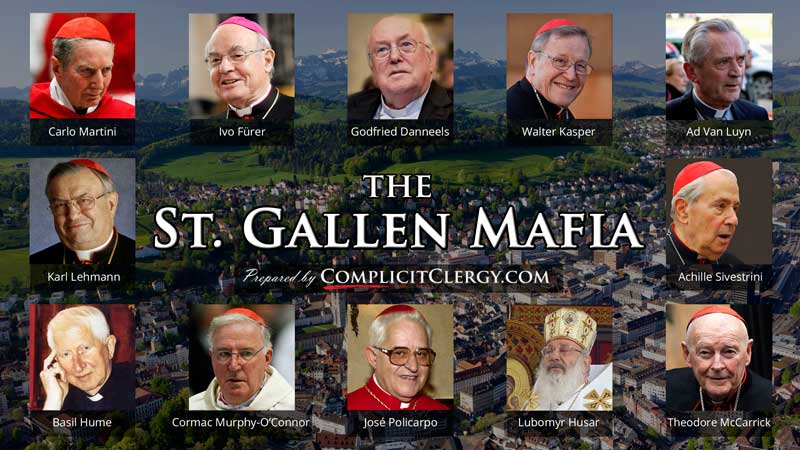 Forty-four years before he successfully led the crusade to elect Pope Francis, then-Fr. Cormac Murphy-O’Connor—a future member of the St. Gallen mafia—attended a 1969 synod under Pope Paul VI.  Listening to all the radical speeches challenging clerical celibacy, he suddenly felt “a rush of blood to the head,” as he recalls in An English Spring.  In “execrable Latin,” Murphy-O’Connor made an impromptu speech announcing that “perhaps the ordination of married men should be considered.”

“Everything seemed to be up for grabs” in that heady post-conciliar moment.  One priest even told Murphy-O’Connor: “I was quite sure there would be a change in the celibacy rule, and I took my vows with that in mind.”  In the lead-up to a 1971 synod on the priesthood that Murphy-O’Connor helped plan, the future mafia member wrote an article arguing that “ultimately the preaching of the word and administration of the sacraments are of much greater importance than an ecclesiastical law of an unmarried priesthood.”

Eventually, both he and his mafia predecessor, Basil Hume, received letters from Rome for saying what Murphy-O’Connor describes as “vaguely provocative things” about ordaining married men.  “I’ll tell you what, Cormac,” Hume said, “why don’t we go to Rome and we’ll confront them?  We’ll go together and sort this out.”

Meanwhile, their future mafia comrades Walter Kasper and Karl Lehmann signed a 1970 document demanding a “serious investigation” of the law of celibacy and the possibility of ordaining married men.  But at the turbulent 1971 synod on the priesthood, a narrow majority of bishops voted against ordaining married men even in “particular cases.”  As one cardinal argued, introducing any type of change would make it “impossible to confine the ordination of married men even within the limits suggested.”

Read the rest at LifeSiteNews